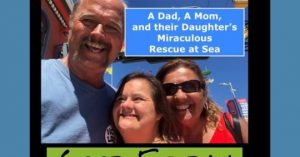 Mitch and Juliette Anderson are two of the most filled-with-faith followers of Jesus that I have ever had the pleasure of knowing. They have successfully raised five children, all now young adults (see photo below), who are also wonderful people.

Their youngest child is Katrina, the subject of this episode’s amazing story. Katrina is a young woman with special needs–she was born with Down Syndrome. Down Syndrome is a condition wherein a person has an extra chromosome. Chromosomes are small “packages” of genes in our bodies and they determine how we form during pregnancy and how we then function as we grow both in the womb and after birth.

Down Syndrome babies have an extra chromosome. This additional genetic material alters the course of the baby’s development and causes characteristics associated with Down Syndrome.

One of the joys those who have participated in YWAM speak of is the ability to work with people from all over the world. Mitch and Juliette are originally from California, but have lived on the YWAM base in Pichilemu, Chile, in South America, that they founded in the early 1990s. They base trains and disciples thousands of Christians each year.

As you’ll hear in this episode, Mitch and Juliette are excellent surfers (one their daughters actuall surfs on the international pro circuit). This story is about Katrina who, despite her challenges, is a competent surfer and excellent swimmer. It was a Good Friday and Juliette had taken her daughter out to surf. Unexpectedly, Katrina was sucked into a powerful rip current and was pulled into a set of massive, dangerous waves well offshore.

Miraculously, Katrina survived. And as you’ll hear, her survival involved a unusual pod of dolphins and two mysterious men in white robes. 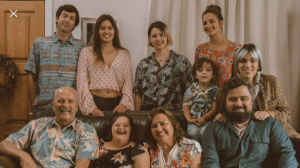 More on the Anderson’s and their YWAM base in Pichelimu is found at www.ywampichilemu.com.

If you enjoy this podcast, please share it with a friend!