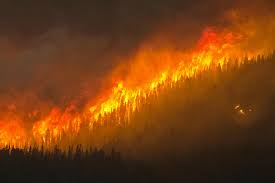 No. It’s another lie from the Democrats and their fellow eco-tyrannists.

The forest fires in the western states are NOT the result of human-induced climate change. This is a wishful fantasy concocted in the collective minds of socialists with an agenda–and agenda that seeks to destroy America as we know it and render it a communist country.

I repeat: the forest fires in the western states are NOT the result of human-induced climate change.

In my latest podcast (Hidden Headlines #71) I not only thoroughly prove my point, but I will take you reveal how Karl Marx and his writing partner Frederich Engels, the founders of modern day communism, sought to use nature as a tool to implement their evil global scheme. In fact, I will show you how the term “ecology” was actually created out of thin air by a disciple of Marx.

Additionally, in this podcast you will discover that there have been periods in the past 2,000 years where the temperature of the earth’s atmosphere has been both significantly colder and WARMER than today. In fact when you learn how little the temperature has warmed since the Industrial Revolution you will be amazed how the left has been able to make such a big deal out of nothing.

Much of what you’ll hear is culled from my National Bestsellers, Climategate and Eco-Tryanny. 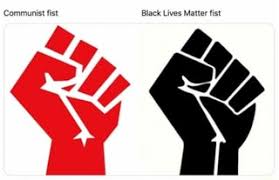 As you will hear in the current Hidden Headlines Podcast (#70), the iconic communist fist of so-called “unity” is identical to the Black Lives Matter fist used to rally their useful idiots (as Lenin would call them).

This is no coincidence. Check out my latest podcast.

And by the way, that unity quickly ends once the communist leaders have taken over. Ask the 135,000 souls who died during the last century at the hands of communists.

The tentacles of Marxism have patiently crept into virtually every American institution, just as Karl Marx hoped. Marx especially loathed the United States of America. He knew it would be the hardest nut to crack.

Because the foundation of America was laid down with a Biblical faith that acknowledged a single God as the creator of the earth and humankind. It was a faith that placed family first, beginning with covenant relationships between a husband and wife. It believed in teaching children to follow the Commandments of God as laid out in the Bible. It naturally lent itself to strong communities that allowed for rugged individualism, a hearty work ethic, and something that all people dream of: freedom. Marx knew that the local, state and federal governments of the US were established to protect such freedom for each and every individual.

Karl Marx’ ultimate goal was to destroy the USA. If he could do that, he knew he could bring the entire world into the clutch of communism.

You see,  Marx believed in something he referred to as The Laws of Transformation. I’ll summarize them like: some humans are born with more intelligence than others. As such, those with the better brains need to develop policies to assure that those with lesser intelligence to not gain the levers of power, in which case they will destroy the planet and wipe out humanity.  Keeping the dumb on the government dole, imprisoning those who speak of liberty, and killing those who espouse their faith in the God of the Bible are always options on the table.

Here are two quotes from Karl Marx to illustrate my point:

– “The first requisite for the happiness of the people is the abolition of religion.”

Additionally, in his “Manifesto to the World,” Marx stated that international communism stood for:

– The abolition of religion.

– The overthrow of capitalism.

– The abolition of private property.

– The elimination of the family unit.

– The abolition of all classes.

– The overthrow of all governments.

– The establishment of a communist order.

So look where we arrived in America today:

– Students in our government funded educational system are taught secularism and that capitalism is immoral.

– Private property rights have been sorely diminished by the local, state, and federal laws. Property owners are ridiculed by the left.

– The family unit has been dismantled and transformed.

– The nightly riots in America are all about government overthrow.

And the communists within are salivating.

My latest podcast addresses these issues and many more. It’s Episode #70 of Hidden Headlines: Faith, Family, Freedom. Listen on my website, Soundcloud, ITunes, or wherever to listen to podcasts. 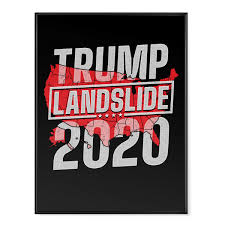 (KLTV) – The chances that President Donald Trump wins re-election in 2020 is near certain, according to a political science professor whose election model has a history of correctly predicting election results.

Norpoth’s model relies on the results of presidential primaries, not polls that are often used as indicators of popularity. According to Norpoth, Biden is in a much weaker position than Trump because of his poor showing in the first two primary races.

(By KLTV Digital Media Staff | read the rest of the story here). 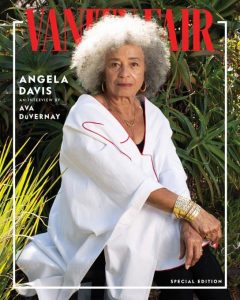 There have been many voices warning otherwise decent people that the Black Lives Matters movement is about a strategy designed to patiently, and totally, overthrow of the United States of America.

Angela Davis was a longtime member of the Communist Party USA, and a heralded member of the Black Panthers in the 1960s. In 1970, guns belonging to Davis were used in an armed takeover of a courtroom in Marin County, California (across the Golden Gate Bridge from San Francisco) in which four people were killed. Prosecuted for three capital felonies, including conspiracy to murder, and held in jail for over a year, she was ultimately acquitted of all charges in 1972.  Once out of jail she visited the Soviet Union, and during the 1980s she was twice the Communist Party’s candidate for Vice President. She eventually became a Professor Emeritus at the University of California, Santa Cruz.
Davis was interviewed in the latest edition of Vanity Fair. In the article she expressed sympathy for those involved in the Black Lives Matter riots and “defund the police” movement. She says they represent the culmination of decades of radical left-wing activism.
Davis also warned that the street demonstrations currently rocking cities around the country are just the early stages of a larger “revolution” that is needed to bring about lasting radical social and economic change.