This (chilling) video proves how misguided some people are regarding the environment, the earth, faith, and freedom. 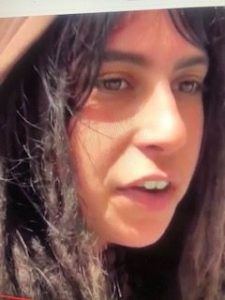 I conducted these interviews at an Earth Day celebration in Santa Cruz, California, a city where people actually drive about with bumperstickers that proclaim, “KEEP Santa Cruz WIERD.”

Professor Harold Warren Lewis, was a highly respected physicist who previously advised both the U.S. government and the Pentagon, shocked his peers when he disseminated his letter of resignation from the American Physical Society.

Dr. Lewis was an Emeritus Professor of Physics and former department chairman at the University of California, Santa Barbara (UCSB).

In his 1990 he wrote a book, Technological Risk, in which he warned of the risks of global warming.  And then, in 2010, after 67 years of membership, he resigned from the American Physical Society, citing what he saw as “corruption” from “the money flood” of government grants related to global warming.

Dr. Lewis accused the American Physical Society, in a letter, of supporting “the global warming scam, with the trillions of dollars driving it that has corrupted so many scientists.”

The physicist’s letter contained a number of complaints, including the APS’ lack of a response to his endeavours to gather a committee to evaluate evidence for a human link to climate change.  Lewis revealed that global warming was “the greatest and most successful pseudoscientific fraud” he has even seen in his career.

Lewis said his former pride at being an APS Fellow turned into shame, which is why he decided to resign.

According to Lewis, one problem was the organization’s “appallingly tendentious” statement on climate change, which is “certainly not representative of the talents of APS members” as he has long known them, the physicist claimed.  Because of this, he joined forces again with some colleagues and petitioned the council to reconsider it.

APS appointed a secret committee that “never met, never troubled to speak to any skeptics, yet endorsed the statement in its entirety,” said Lewis. The council admitted the existence of some uncertainties, but they were brushed aside “to give blanket approval to the original.”

The original statement was eventually kept.

After the physicist publicly resigned from the APS over climate change, the organization sent a statement in which it “totally” rejected Lewis’ claims that global warming is a “pseudoscientific fraud” and a “scam.”

I’m always amazed to see how easy it is for the global warmers to trash their dissenters. 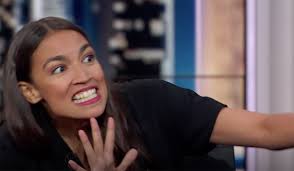 Just a week or two ago, Alexandria Ocasio-Cortez popped-off by stating, “We will have blood on our hands’ if we don’t act on climate change.”

So, let’s hear from an expert.

“The conclusion we have reached is that the world, the global climate, is not very sensitive to carbon dioxide,” John Christie, Ph.D.

Dr. John Christie knows more about the earth’s atmospheric temperature than anyone.  That’s because he is in charge of the satellite data that records the temperature on every square inch of the planet.  Not only will Dr. Christie tell you that global warming has not occurred for the better part of two decades, but he will also let you know that carbon fuels are not scary, but in fact beneficial for the betterment of human life.

In an interview with CNS News Christie says,

We have a “moral imperative” to burn carbon dioxide-emitting fossil fuels because the energy they provide is a “liberator” of humanity, says Dr. John Christy, a climatologist and director of the Earth System Science Center at the University of Alabama, Huntsville.

“We are not morally bad people for taking carbon and turning it into the energy that offers life to humanity in a world that would otherwise be brutal,” Christy wrote in a recent oped. “On the contrary, we are good people for doing so.”

Carbon-based energy, which is “the most affordable and reliable source of energy in demand today, liberates people from poverty,” Christy explained. “Without energy, life is brutal and short.”

Pointing out that it was “warmer 4,000 to 5,000 years ago than it is today,” Christy said that the computer models cited by the U.N. Intergovernmental Panel on Climate Change (IPCC) predicted global warming that is “three times” what the satellite data shows is the Earth’s actual temperature. “It demonstrates we do not know how to model the climate system, in my view.”

He goes on to say that,“All the datasets show some slight warming (+0.11 degrees Celsius per decade since Nov. 16, 1978), some more than others,” he told CNSNews.com. “But still, the amount of warming is much, much less than what was anticipated from climate models, and that’s what I’ve been showing and demonstrating in various venues, including Congress.

“In a congressional hearing last May, I demonstrated that the models are significantly above in their temperature projection from where we actually are right now. So if you go back 36 years to 1979 and run the models, they all show lots of warming. The real world shows very little warming” despite rising levels of CO2.

On May 13, Christy told the House Committee on Natural Resources that even if the U.S. completely eliminated its fossil fuel emissions, so that “there would be no industry, no cars, no utilities, no people” – the impact on global temperatures would be “so tiny as to be immeasurable.”

“The two largest impacts on temperature are the El Ninos in the Pacific as well as volcanic eruptions, which shade the Earth when they put the dust and smoke in the stratosphere. So once you account for both of those, there’s not a whole lot of warming in the planet,” Christy told CNSNews.com.

Guess such facts are too much for Bernie and AOC to honestly comprehend.

From my book, Climategate: A Veteran Meteorologist Exposes the Global Warming Scam: 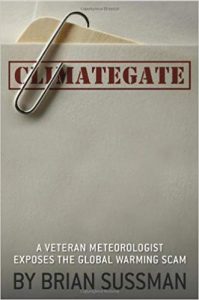 On April 22, 1970, a trio of radical dreamers established the first Earth Day, an annual event designed to assault capitalism, free-markets and mankind.

The initial concept was conceived by Senator Gaylord Nelson (D-WS).  Nelson was Congress’ leading environmentalist activist, a sort of preincarnate Senator Barbara Boxer in drag.  He was also the mastermind behind those ridiculous teach-ins which were vogue in the Sixties and early Seventies.  During the teach-ins, mutinous school instructors would scrap the day’s assigned curriculum, pressure their students to sit cross-legged on the floor, and “rap” about how America was an imperialist nation, and converse about why communism really wasn’t such a bad form of government—it just needed to be implemented properly.

Rounding out the troika was Professor Paul Ehrlich of Stanford.  In 1968 Ehrlich authored the Malthusian missive, The Population Bomb, in which he infamously spouted wild allegations which included equating the earth’s supposed surplus of people with a cancer that needs to be eradicated:  “A cancer is an uncontrolled multiplication of cells; the population explosion is an uncontrolled multiplication of people…We must shift our efforts from treatment of the symptoms to the cutting out of the cancer.  The operation will demand many apparently brutal and heartless decisions,” he wrote.

In 1969, following a much-hyped oil spill off the Santa Barbara coast, an overblown patch of fire on Cleveland’s Cuyahoga River, and the drug-induced vibes cast across the nation via the Woodstock Music and Art Fair, Senator Nelson met with Ehrlich and reportedly said, “My God—why not a national teach-in on the environment?”  Hayes was brought in to play a pivotal role with organization and implementation.  After careful consideration a name and date for the event were chosen:  the inaugural Earth Day would be celebrated April 22, 1970—Russian dictator Vladimir Lenin’s Centennial.

Environmentalists have always admired Lenin.  He was the first disciple of Karl Marx to capture control of a country, and the opening act of his seven-year reign commenced with the abolition of all private property—a Marxist priority.  Despite overseeing a bloody civil war, a devastated economy and a citizenry without hope, Lenin made it a priority to implement his signature decree, “On Land.”  In it he declared that all forests, waters, and minerals to be the exclusive property of the state, and he demanded these resources be protected from use by the public and private enterprise.  Selling timber or firewood, mining minerals, or diverting water for farming was strictly prohibited.

While Nelson and Ehrlich were already known as non-traditional crackpots, Hayes was that and more.  In a New York Times article published the morning after the first Earth Day headlined, “Angry Coordinator of Earth Day,” young Hayes bragged that five years earlier he fled overseas because “I had to get away from America.”  Hayes was so committed to his anti-capitalist cause that he made sure his organization did not even produce Earth Day bumper stickers, “You want to know why?” he explained to the Times, because “they go on automobiles.”

Earth Day has never been a celebration of the beauty and bounty of this awesome terrestrial ball.  Instead it’s always been an assault on man.   During the first decade of Earth Day observances people were proclaimed the polluter.  By the Eighties the event’s organizers cast mankind as the tree killer, and, with the Nineties, humans evolved into the animal species annihilator.  The global warming scare never really became popular until the late Nineties, and when it did, it provided compatriots at the Earth Day headquarters with the ultimate hook to hang their red berets: humans, particularly Americans, were now screwing up the entire planet’s climate.

Today, rather then join in Marxist falderal designed to hammer the American way, let’s give thanks for our nation’s abundant resources and celebrate the fact that we have a new administration in Washington that is set on eliminating outlandish “green” regulations and embracing the liberty envisioned by Madison.

In 2010, as I was preparing for the release of my book, Climategate: A Veteran Meteorologist Exposes the Global Warming Scam, I produced a promotional video.  It was sarcastic, cheeky reel meant to tease Al Gore, the Hypocritical King of Global Warming. 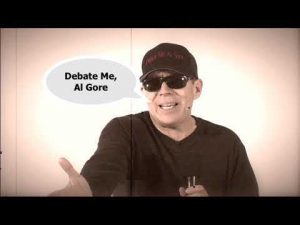 However, my publisher said, “NO!” He feared it might ruin my credibility.

Maybe it was a good thing, because on Earth Day, 2010, when the book was released, I woke up in a hotel room in New York to find out that Climategate had rocketed to the top of the Amazon sales charts!  My first book was a bestseller.

Nonetheless, all these years have passed and I figure now’s a good time to finally release the video, and just in time for Earth Day 2019.

By the way, what ever happened to Al Gore?