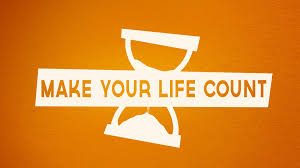 In Ecclesiastes, Chapter 3, we are told, “There is a time for everything and a season for every activity under the heavens.” The writer (Soloman?) then tells us there is even “a time to be born and a time to die.”  None of us knows when we will breathe our last, but the story of the following young women is a reminder that we need to make everyday count–for the Lord!
Family members say Kelly Anne Broderick, a young woman killed by a drunk driver Saturday morning in Colorado had a “supremely strong faith.”

Broderick, 27, was driving to the airport as a passenger in her friends car when a vehicle driving in the wrong direction crashed into their car. Police say Kelly Anne died at the scene. The driver was injured, but has since been released from the hospital.

Broderick was known for loving Jesus and loving others. In 2016, she completed The World Race, an 11-month mission trip that took her to 11 different countries around the world. She and her team brought the gospel to Montenegro, Albania, Macedonia, South Africa, Zimbabwe, Japan, Philippines, Malaysia, Thailand, Cambodia, and Vietnam.

The young missionary wrote a blog detailing what God taught her in those 11 months about dreams, identity, and even death.

“I realized my path is already known by my Creator but very unknown to me. So much of my identity has been caught up in how my future career will define me. I have often thought of how I need to bulldoze my way to get there and be successful, that I pass over the risky ‘road less traveled’ ways to get there and miss out on the joy of the journey,” she wrote.

“It might sound crazy, insane even, to live out of a backpack for a year, have a sleeping bag as a bed, and go on what is sure to be the hardest mental, physical, and spiritual trip of my life, but I have no fear.”

During her time abroad, she opened up about her struggles with comparison and how important it is for people to know that their identities have eternal significance.

“Jesus did not come and die for us so we would walk with our heads low comparing ourselves to others and constantly tearing ourselves down. He came so I could claim my place in His eternal kingdom and title as His daughter. Not so I would have to earn it, but so I would be freely given it,” she wrote.

Those who knew Broderick during her time at World Race are grieving her loss.

“She was one of the most incredible people I’ve ever met. Was exceedingly intentional with everyone in her life and loved well beyond measure,” one friend wrote on the World Race Alumni Facebook page.

“She was one of the most fantastic humans. There aren’t words,” another wrote.

Denver police say the driver who allegedly took Broderick’s life was arrested for suspicion of DUI and vehicular homicide. 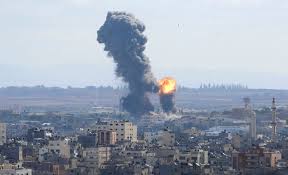 I’ve been in the crosshairs of the Council on American – Islamic Relations (CAIR) before.  They accused me of slandering their god.  In my opinion, they attempt to come off as a rational, bridge-building organization, but instead CAIR is an activist PR operation for radical Islam.

A senior leader for the Council on American-Islamic Relations stated in a tweet Sunday that Israel should be “terminated.”

“Iran’s regime calling Israel a ‘cancerous tumor’ is like the pot calling the kettle black. All the people of that region will be better off once both murderous regimes are terminated,” wrote Hussam Ayloush.

The Investigative Project on Terrorism (IPT) reports says the tweet might lead one to assume Ayloush, the head of the Los Angeles chapter of CAIR, has an equal disdain for the Islamic Republic of Iran and Israel.  But that’s not necessarily the case.

While Ayloush would like to see regime change in Iran, he has “a history of describing Israel in ways that echo Iranian rhetoric calling for its destruction,” IPT said Monday.

Ayloush is also a delegate to the California Democratic Party.

The FBI blacklisted CAIR from outreach programs after the Islamic organization was named an unindicted co-conspirator in a plot to fund Hamas, a State Department-designated foreign terrorist organization.

In the 2007 trial, the FBI presented evidence CAIR was founded as a Muslim Brotherhood-Hamas front group. More than a dozen CAIR leaders have been charged or convicted of terrorism-related crimes. And the group also was designated a terrorist organization by the United Arab Emirates.

With the recent efforts to prosecute my professional friend, Dr. Jerome Corsi, I am reminded of Ephesians 6:12 which says, For we do not wrestle against flesh and blood, but against principalities, against powers, against the rulers of the darkness of this age, against spiritual hosts of wickedness in the heavenly places.

This is an effort by the true Deep State, to take a good man out. 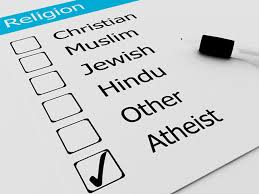 It’s interesting to see how the state of Massachusetts–truly the birthplace of authentic born-again Christianity in North America, thanks to the Pilgrims–has now become the epicenter of atheist liberalism.   Proving my point, the Democratic Party of Massachusetts has passed a resolution recognizing the religiously unaffiliated, or the ‘Nones,’ as an important and growing demographic group worthy of respect, and aligned to values the Democratic Party supports.

The Non-Theist Recognition Resolution was introduced by Stephen Driscoll, longtime Co-Chair of the LGBT Sub-Committee and a member of the Executive Committee of the Massachusetts Democratic State Committee.  Driscoll is an American Humanist Association (AHA) supporter who also serves on the Resolutions Committee of the Massachusetts Democratic Party.  The resolution came to the floor at the party’s full state committee meeting on November 14.  It passed on a voice vote with no objections.

The resolution supports the importance of this growing demographic in political outreach and fights back against the prejudice that atheists and the non-religious have no moral values. Nearly a quarter of the American population is now religiously unaffiliated, and most U.S. adults say that it is not necessary to believe in God to be moral and have good values.

It states that the Nones have tripled as a demographic the last two decades, and have also become “the largest religious group within the Democratic Party.”  The resolution also states the Nones have often been subjected to “unfair bias and exclusion in American society, particularly in the areas of politics and policymaking where assumptions of religiosity have long predominated.”  It goes on to claim that those who have used religion to define morality through public policy, as well as what is calls “misplaced claims of religious liberty,” are posing a threat to both the nation and the world.

“[T]hose most loudly proclaiming that morals, values, and patriotism must be defined by their particular religious views have often used those religious views to justify public policy that rejects well-established scientific consensus on issues such as evolution, sexuality, gender, women’s health, and climate change, thus threatening not only the United States but the entire planet,” the resolution states.

It says that the Democratic Party rather “recognizes that morals, values, and patriotism are not unique to any particular religion, and in fact are not necessarily reliant on having a religious worldview at all.” 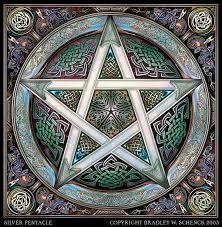 No surprise to me.  I’ve been studying this topic for decades.  This news blurb comes from the secular publication, Newsweek Magazine:

(Newsweek) — Witchcraft and other pagan religious practices increased in the U.S. over the past few decades, with millennials turning to astrology and tarot cards as they turn away from Christianity and other traditionally dominant Abrahamic religions.

The number of witches and Americans practicing Wicca religious rituals increased dramatically since the 1990s, with several recent studies indicating there may be at least 1.5 million witches across the country. A Trinity College study conducted in 1990 estimated only about 8,000 Wiccans in the U.S., but the increase has been led by a rejection of mainstream Christianity among young Americans as well as a rise in occultism.

With 1.5 million potential practicing witches across the U.S., witchcraft has more followers than the 1.4 million mainline members of the Presbyterian church.