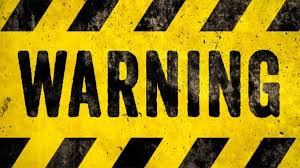 Another round of “armed protests” fake news is about to be unleashed by the Federal Bureau of Investigation (FBI), which after seeing the success of the Capitol false flag “siege” is planning to deliver another blow to the Constitution in the days leading up to Inauguration Day.

The FBI issued a similar bulletin on Dec. 29, about a week before the Capitol false flag “siege,” that contained similar warnings. The deep state agency told everyone what was going to happen before it happened.

Because elements of the Trump-hating FBI were involved in it, just as it will be behind the upcoming “armed protests.”

An FBI bulletin pegs “extremist groups” as the pre-crime culprits, reinforcing the fake news lie that “conservatives” and “Trump supporters” are planning to wage full-scale “insurrection” against the supposedly incoming Biden regime.

“Armed protests are being planned at all 50 state capitols from 16 January through at least 20 January, and at the U.S. Capitol from 17 January through 20 January,” the bulletin reads, according to an unnamed official who reportedly spoke to the Associated Press (AP) on condition of anonymity.

The mainstream media is reporting the latest FBI bulletin as if it was “intelligence.” Baloney.  Based on the FBI’s history of staging false flag events, that this is not intelligence; it’s both a warning and a threat about what is planned.

Just like last time, no doubt well-trained Antifa and BLM activists will  be strategically embedded.

“We’re keeping a look across the entire country to make sure that we’re monitoring, and that our Guards in every state are in close coordination with their local law enforcement agencies to provide any support requested,” stated Army Gen. Daniel Hokanson, chief of the National Guard Bureau, to the various media outlets.

The Capitol false flag “siege” was the first phase of the operation, which successfully brought down President Donald Trump’s social media accounts, along with a slew of other conservative and “patriot” accounts. It was also the reason so many who attended the Capitol rally have been outed and fired from their jobs, our have had to shutter their small businesses because of community persecution.

Predictably there are also now news calls from the Dems for the eradication of both the First and Second Amendments to the Constitution, to keep us all “safe,” of course. 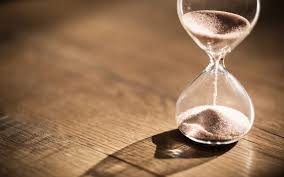 I haven’t posted anything recently because I’m waiting in prayer for a miracle.

In the meantime, God has been speaking to me. When I do post again I will have plenty to share that I hope will be informative and encouraging.

God Bless You, and God have Mercy on the United States of America. 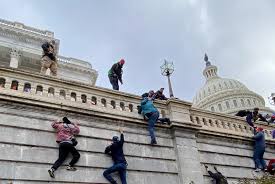 Just recall what Democratic state Rep. Cynthia Johnson (MI), said to supporters of President Donald Trump during a Facebook live video last month: “This is just a warning to you Trumpers,” she threatened: “Be careful, walk lightly, we ain’t playing with you. Enough of the shenanigans. Enough is enough. And for those of you who are soldiers, you know how to do it…make them pay.”
Many of the radicals we saw on the streets this summer, burning buildings, rioting, and seriously harming both citizens and police, were paid professionals trained by The Ruckus Society (ruckus.org), a group founded in Berkeley over twenty years ago. Ruckus equips extreme demonstrators in everything from political rhetoric to paramilitary tactics. Their motto is, Pick a Fight, Break the Rules, Build the New.
The tactics we saw these for-hire anarchists accomplishing yesterday included bursting barriers, scaling walls, breaking and entering, and stirring small portions of a massive crowd into a frenzy. This what these deviants are well-trained to do. Their calamitous acts are conveniently aided, abetted, and excused by a willing media.
As for yesterday’s gathering, what we saw were thousands upon thousands who understand where their country is headed without someone at the helm who is willing to stand up to an establishment filled with payoffs, blackmail, and murder.
And I’m talking about both Democrats and Republicans.
May God bless you, and may He have mercy on this nation.
My final social media post will follow soon. 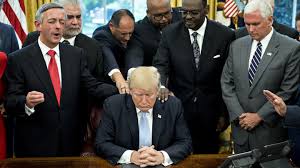 No new post today. Praying. I know many of you are as well. 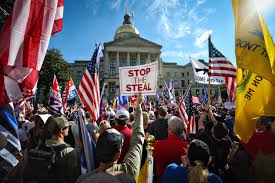 About half of our nation gets it. It’s a statistical impossibility that Joe Biden could have won.

That said, a large percentage of us are quite aware of the numerous, credible, allegations of massive fraud. In all the years I’ve witnessed and reported on election night results, I HAVE NEVER SEEN SEVEN STATES SIMULTANEOUSLY STOP COUNTING.   And this was with up to 95 percent of the vote have been counted and showing President Trump with a significant lead.

We witnessed a coordinated effort in these battleground states,  followed by statistically impossible vote hikes in Democrat controlled cities and counties.

That said, many Trump supporters have lost hope and have abandoned the battle.

However, here’s the good news: the genius of our Constitution provides numerous mechanisms to correct the evil that was perpetrated upon we patriots. And now we may be down to the final straw, which is the role of the Vice President as the presiding officer over the Electoral College vote count on January 6.

The U.S. Constitution states, “The President of the Senate [that’s the Vice President] shall, in the Presence of the Senate and House of Representatives, open all the Certificates, and the Votes shall then be counted” (see below for full clause*).

History shows that the count determined by the President of the Senate was well understood. They would also understand that Vice President Pence has a constitutional and moral duty to reject electors from states with that have two slates of electors (most of the battleground states now have two slates of electors, with one committed to vote for Trump) due to unresolved allegations of fraud, or in states that followed unconstitutional election laws.

Counting electors brought about by fraudulent means would disenfranchise roughly half the voters in America!  Vice President Pence must stand up for these good men and women and stand against evil.

The only thing that will allow Biden to continue faking he won the election after January 6 is if the man presiding over the Electoral College count does nothing with the constitutional authority he possesses. Yes, his right decision will immediately result in mayhem.

In closing, I’m reminded of the New Testament book of Ephesians, chapter 6, verse 12 and 13 which says:

For our struggle is not against flesh and blood, but against the rulers, against the powers, against the world forces of this darkness, against the spiritual forces of wickedness in the heavenly places. Therefore, take up the full armor of God, so that you will be able to resist on the evil day, and having done everything, to stand firm.

Pray for Vice President Pence. May he stand.

The Electors shall meet in their respective States, and vote by Ballot for two Persons, of whom one at least shall not be an Inhabitant of the same State with themselves. And they shall make a List of all the Persons voted for, and of the Number of Votes for each; which List they shall sign and certify, and transmit sealed to the Seat of the Government of the United States, directed to the President of the Senate. The President of the Senate shall, in the Presence of the Senate and House of Representatives, open all the Certificates, and the Votes shall then be counted. The Person having the greatest Number of Votes shall be the President, if such Number be a Majority of the whole Number of Electors appointed; and if there be more than one who have such Majority, and have an equal Number of Votes, then the House of Representatives shall immediately chuse by Ballot one of them for President; and if no Person have a Majority, then from the five highest on the List the said House shall in like Manner chuse the President. But in chusing the President, the Votes shall be taken by States, the Representation from each State having one Vote; A quorum for this Purpose shall consist of a Member or Members from two thirds of the States, and a Majority of all the States shall be necessary to a Choice. In every Case, after the Choice of the President, the Person having the greatest Number of Votes of the Electors shall be the Vice President. But if there should remain two or more who have equal Votes, the Senate shall chuse from them by Ballot the Vice President.