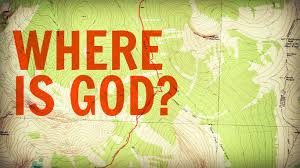 No shock to me.

The number of Americans who identify as having no religion has risen 266 percent since 1991, to now tie statistically with the number of Catholics and Evangelicals, according to a new survey.

People with no religion – known as ‘nones’ among statisticians – account for 23.1 percent of the U.S. population, while Catholics make up 23 percent and Evangelicals account for 22.5 percent, according to the General Social Survey.

Those three groups now represent the largest the religious groups in America.

The survey has tracked a broad swath of American trends since 1972, offering comprehensive insight into the evolving face of religion over more than four decades.

As the ‘nones’ have ascended, the number of mainline Protestant Christians has fallen 62.5 percent since 1982, to now account for just 10.8 percent of the U.S. population, according to the survey.

The number of Catholics has gone up and down over the decades, cumulatively decreasing more than 4 percentage points from 27.3 percent in 1972.

People want the real deal. When we preach that Jesus died for our sins, was raised from the dead, is sitting at the right hand of the Father, and that the Father/Son/Holy Spirit are one, and that He is coming back to judge the world and take home His people, and that surrendering  to His will is your only safe option–PEOPLE RESPOND.

The apostle Paul recognizes this  when he says in II Corinthians 5:20, “We are therefore Christ’s ambassadors, as though God were making his appeal through us. We implore you on Christ’s behalf: Be reconciled to God.”

Notice what Paul is saying there.  Not only is it true that he is an ambassador, but he implores, or pleads. with people to be reconciled to God, and he does so as if God were actually making that appeal through him.

And Paul was so committed to this that he was willing to go to prison for it–and did! 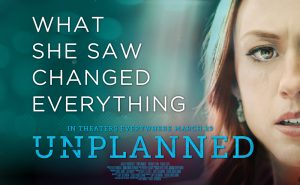 In this Episode of Hidden Headlines I interview Unplanned movie producer, Joe Knopp, talking about Hollywood’s surprise hit.  The left is enraged that this movie had hit the big screen and is drawing an audience.

My challenge to the radical pro-abortion left: see the movie for yourself!

Also:
– The untold story of the immigration meltdown at our southern border.
– Why are Israel’s neighbors so upset with President Trump?
– Does the latest Democrat Presidential candidate have the right to judge Donald Trump’s relationship with God?
– Why is Chick-Fil-A is the target of airport concession hatred?

This week’s podcast can be heard here 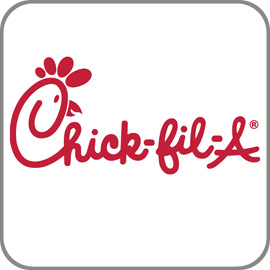 This is not cool. In fact, this is fascist, frightening, and Christ-o-phobic.

The San Antonio City Council has approved a deal with the local airport that includes removing Chick-fil-A.

Councilman Robert Trevino said, “San Antonio is a city full of compassion, and we do not have room in our public facilities for a business with a legacy of angti-LGBTQ behavior. Everyone has a place here, and everyone should feel welcome when they walk through our airport.”

Note to Trevino, Chick-fil-A has no “legacy of anti-LGBTQ behavior.”

By the way, last week, Buffalo Niagara International Airport announced it was nixing plans to open a Chick-fil-A at one of its terminals after a local politician accused it of discrimination.

According to Chick-fil-A, their company’s “restaurants and licensed locations on college campuses welcome everyone. “Our corporate office and our more than 2,300 restaurants nationwide are equal opportunity employers and we have no policy of discrimination against any group. We do not have a political or social agenda and more than 120,000 people from different backgrounds and beliefs represent the Chick-fil-A brand.”

The San Antonio city council’s decision came one day after the Christian-haters at ThinkProgress reported that, in 2017, Chick-fil-A donated $1.65 million to the Fellowship of Christian Athletes, as well as other smaller donations to the Salvation Army and Paul Anderson Youth Home.

Chick-fil-A does not deny making those donations. Why should they?  They’re all great charitable organizations.

The San Antonio city council isn’t protecting the LGBTQ community against persecution; rather they are persecuting Chick-fil-A for backing Christian-oriented youth and education causes.  Private companies should be able to give money to whomever they choose–right?

NO ONE has ever been denied service at Chick-fil-A because of their sexual orientation or any other characteristic that defines them.  But Chick-fil-A is being kicked out of the San Antonio airport because of the company’s support for Christian kids.

This may seem like a local problem, but it’s not.  Progressives will take note, and, in an effort to appease their anti-Christian supporters, will follow San Antonio’s example.

It’s a brand new day in America–and not necessarily a good day for authentic Christians and observant Jews.

As the Muslim enclaves of America grow larger (as a result of immigration, fertile wombs and proselytization) more from their religion are being elected at the state and federal level.

Emboldened by their political power the Muslim politicians are doing what their predecessors have done throughout history: take an unyielding stand for their god and mow down anyone who stands in the way.  Indeed, their holy book says,

As for multiplying their populace via many babies, the founder of the Palestine Liberation Movement (PLO), Yassar Arafat, once smugly said, “The womb of the Arab woman is my strongest weapon.”

So here’s the story. 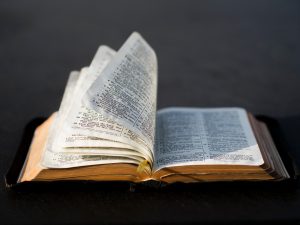 “Jesus, you are our only hope,” Rep. Stephanie Borowicz prayed, as she opened the legislative session. “At the name of Jesus, every knee will bow and every tongue will confess Jesus, that you are Lord.”

Borowicz delivered the prayer shortly before Movita Johnson-Harrell — the first Muslim woman elected to the General Assembly — was sworn in.

Johnson-Harrell said the prayer was “highly offensive to me, my guests, and other members of the House.”

In a statement published by the Pennsylvania Capital Star   , Johnson-Harrel said she was elected “to help build bipartisanship and collaborations regardless of race or religion to enhance the quality of life for everyone in the Commonwealth.”

A number of Democrats, including House Minority Whip Jordan Harris, accused the Borowicz of weaponizing her religion to “intimidate, demean and degrade” Johnson-Harrell.

“Let me be clear. I am a Christian. I spend my Sunday mornings in church worshiping and being thankful for all that I have,” Harris told PennLive.com. “But in no way does that mean I would flaunt my religion at those who worship differently than I do. There is no room in our Capitol building for actions such as this, and it’s incredibly disappointing that today’s opening prayer was so divisive.”

(Just wondering if Mr. Harris is one of those Sunday-go-to-meeting-only type “Christians”).

So you tell me, how much does this prayer offend you?  As you know, I’m a Jewish guy who believes in the Torah, Prophets, Writings, and the Gospels.  I think this prayer lines up with God’s Word perfectly.

“Jesus, I thank you for this privilege Lord of letting me pray God. That, I, Jesus am your ambassador today. Standing here representing you – the King of Kings, the Lord of Lords, the Great I Am, the One who is coming back again, the one who came, died and rose again on the third day. I’m so privileged to stand here today. So thank you for this honor, Jesus.

“God, for those that came before us like George Washington in Valley Forge and Abraham Lincoln who sought after you in Gettysburg and the Founding Fathers in Independence Hall – Jesus – that sought after you and fasted and prayed for this nation to be founded on your principles and your words and your truths.

“God forgive us. Jesus we’ve lost sight of you. We’ve forgotten you, God, in our country. And we are asking you to forgive us, Jesus. Your promise in your word says if my people who are called by name will humble themselves and pray and seek your face and turn from their wicked ways that you’ll heal our land. Jesus, you are our only hope.

“God , I pray for our leaders – Speaker Turzi, Leader Culter, Governor Wolf, President Trump. Lord, thank you that he stands beside Israel unequivocally Lord. Thank you that – Jesus – that we are blessed because we stand by Israel and we ask for the peace of Jerusalem as your word says God.

“We ask that we not be overcome by evil and that we overcome evil with good in this land once again. I claim all these things in the powerful, mighty name of Jesus, at the name of Jesus every knee will bow and every tongue will confess that you Jesus are lord. In Jesus name Amen.”

Some Pennsylvania Democrats were totally triggered by the prayer.  Democrat Rep. Margo Davidson (who claims to be an evangelical Christian) shouted “objection” near the end of the lawmaker’s prayer. She said the prayer should have been more “inclusive.”

It’s actually one of the weirdest videos I’ve ever seen on YouTube.  I’d say it’s hilarious, except for the fact that the New Age mother-daughter hosts of this channel are serious–about talking to Greek gods, pulling energy out of thin air, eliminating children, and demonizing moms.

The duo, Lynn and Jamie McGonagill, are promoting the Lightworkers Healing Method, a system of “angelically-guided energy healing with the goal of aligning us with our own soul’s life purpose,” according to their website.  The Method “improves the present by working with higher-dimension guides, angels, and lightbeings, as well as both our past and future lives, in a unique and powerful process.”

The McGonagills are seen in this video, and others,  wildly reaching up above their heads as if they are stirring the air and sewing imaginary quilts or something.  Often the daughter’s eyes are glazed over as if in a trance. According to an explanation on YouTube, the women believe that they are working with their “intuitive channels.”

“Because gravity is real, intuitive channels fall down when we don’t hold them up. We are repeatedly lifting up our intuitive channels so they get out of the soup of confusion, fear, and untruth that is rampant in human society. We do this so we can hear god,” the McGonagill’s claim.

Lynn McGonagill often repeats the questions “For who is the message? Why do you ask?” as she raises her hands, and Jamie is frequently heard affirming her mother’s assertions with the statement “That’s true.”

At one point the begin talking to the ancient Greek god, Pan.

By the end of the episode, McGonagill contends that the earth is too crowded and suggests abortion over childbirth.

“Friends, we have enough humans on the planet. We don’t need any more humans,” she states. “It is not okay for women to have babies, and stop contributing to the process under the pretense that they’re doing a good thing by staying home and raising children.”

“We don’t need children. If you find yourself pregnant, there are options, and you can have an abortion,” McGonagill continues. “No babies. Cut off the baby factories. We have 7.5 billion humans on the planet—that’s too much.”

She asserts that the “ideal amount” is under one billion humans, to which Jamie replies, “that’s true.”

“Women who have babies and stay home to raise them should not be viewed as doing a good thing. It’s not a good thing,” McGonagill opines. “It’s completely not what the situation calls for at all. I’m sorry; find another way to contribute and be valued.”

You know what else is sickening. These women are a part of a much larger organization that has thousands of adherents.

One look at this video and I think you’ll agree with me: these woman are either certifiably nuts, or under the spell of Satan.