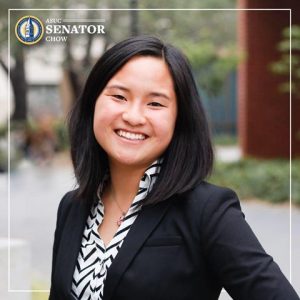 BERKELEY, Calif. — A student senator at the University of California-Berkeley is facing pressure to resign after she abstained from voting on a resolution that expressed opposition to an alleged plan by the federal Department of Health and Human Services (HHS) to legally define sex under Title IX of the Education Amendments of 1972 as being one’s “biological sex at birth”.

According to reports, the Queer Alliance Resource Center, a homosexual and transgender advocacy group on campus, urged the UC-Berkeley student Senate to pass a resolution condemning the reported move by HHS.  All voting senators supported the bill.  “[T]he HHS’s proposed ‘definition’ is purposefully trans-exclusive, as it seeks to create an understanding of sex and gender that is fixed, determined by genitalia at birth, and limited to the binary (i.e. the options being either male or female),” the resolution before the student Senate read. “[T]he Trump administration’s suggested definition of sex does not take into account that ‘biological sex’ has little to do with gender,” it concluded.

However, Isabella Chow, a junior who serves on the student Senate, abstained from voting, as she could not in good conscience support the resolution.  In a passionate statement to the Senate, she outlined why she could not join the others in voting, prefacing her remarks with the notation  that she opposes bullying and bigotry, and believes that Christ would have her to be loving and compassionate to all.

“My God is one who assigns immeasurable value to and desires to love each and every human being,” Chow said. “In God’s eyes and therefore my own, every one of you here today and in the LGBTQ+ community as a whole is significant, valid, wanted and loved—even if and when our views differ.

“That said, I cannot vote for this bill without compromising my values and my community that elected me to represent them,” she continued. “As a Christian, I personally do believe that certain lifestyles and acts conflict with what is good, right and true. I believe that God created male and female at the beginning of time, and designed sex for marriage between one man and one woman.”

Chow was soon met with fierce opposition and a petition was organized by the Queer Alliance Support Center calling for her resignation.

“In the senator’s prepared speech, she expressed blatantly homophobic and transphobic views, declaring LGBTQ+ individuals’ identities ‘in conflict with what is good, right and true,’ and stating that she ‘[does] not believe that [our] choices are right or the best for [us],’” the petition read. “Senator Chow proclaims ‘love for all people’ and, yet, invalidates queer, trans, and non-binary identities as ‘immoral life choices.”

“No matter how much I tried to say, ‘I can love you and still disagree with you,’ people still interpret my disagreement with being a bigot and a hater,” Chow told the San Francisco Chronicle. She also told Campus Reform that she is trusting God to use the matter for the good.

“As a Christian, I believe that God redeems and he uses all situations for the good of those who love Him. There is so much happening, and even though it’s been a really, really rough week for me, I know that God is working and I know that he is using this to strengthen the Church, to awaken the Church in a sense,” she said. “There’s a Christian community on campus that has been praying for me and encouraging me throughout all this. And if I don’t represent their views, who else will?”

Chow says she has no plans to resign.

Here’s a copy of her statement – 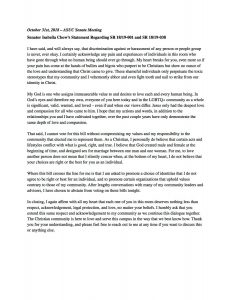 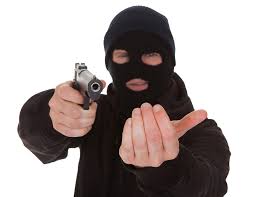 NORTHPORT, Ala. (WIAT)-Police in Northport are looking for two men who robbed several church members at gunpoint Saturday night.  Both men were wearing masks when they walked inside
Iglesia De Dios Evangelio Completo Pentecostes Church.

Pastor Greg Strictland calls the crime at the church shameful.  He is the pastor of Northport
Church of God that is located across the street.

“They should and punished to the fullest extent of the law. And I am praying for the mental well being for the people of the congregation of our sister church across the street there.  And I pray the peace of God will help them through this and not become fearful to the point that they won’t want to come out to worship” Strictland said.

The crime happened just after seven o’clock in the evening while a church meeting was underway.  Assistant Chief Keith Carpenter says Fifty church members were inside when the two gunmen walked in.

“They entered the church and threatened everyone that was there from the reports there were fifty
people in the church at the time.  So they were all in one room” Carpenter said.

The two men took: Cash, cell phones, wallets and credit cards from church members.  Pastor Greg Strictland says his church has armed security.  He says tragically this is a reminder why their is a need for security at his church. 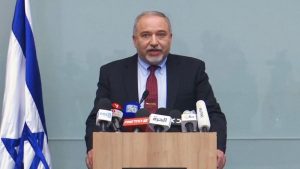 JERUSALEM, Israel – All was quiet on Israel’s southern front on Wednesday a day after Hamas unleashed the worst attack on Israel in years. But the political fallout from the ceasefire agreement could be huge for Israeli Prime Minister Benjamin Netanyahu.

Defense Minister Avigdor Lieberman announced his resignation on Wednesday over an Egyptian and UN brokered ceasefire agreement, saying that it was “surrender to terrorism.”

Lieberman also cited the earlier decision to allow $15 million in cash from Qatar to be transferred in suitcases across the border to Hamas as the second factor forcing his decision. 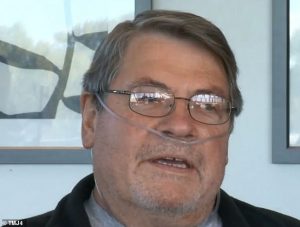 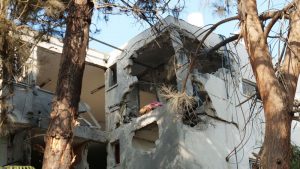