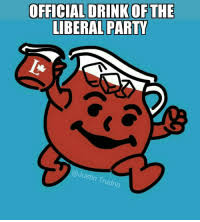 Shockingly, there are many Christians who’ve consumed the Kool Aid and are all in for Biden/Harris. These deluded folks remind me of a song by Bob Dylan (who by the way, never strayed from his Christian conversion in the mid-1970s):

The enemy is subtle.
How easily we’re deceived.
When the Truth is in our hearts, and we still don’t believe.

In this Episode of Hidden Headlines, I will equip you to stand firm in your belief that Trump/Pence are the just what American needs in the coming four years, and help you talk sense into those whose lips are stained from the liberal’s brew of confusing language and puzzling logic.

By the way, the technique to confuse people with language and twisted logic was made into an art form by Karl Marx–as I explain.

Listen here, or wherever you listen to your favorite podcasts.