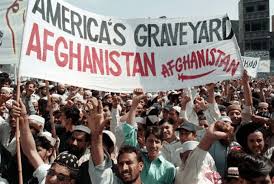 This evening Members of Congress are saying that the Biden administration is not allowing Americans to enter the Kabul airport and leave Afghanistan, as the evacuation mission nears its end by August 31 (how in the world can you impose such a deadline???).

“I am furious!! My team has been on the phone all day trying to get AMERICAN CITIZENS out. They have been just outside the airport numerous times, but the State Department WILL NOT help them,” he tweeted.

He added, “They have been beaten by the Taliban at check points and told to leave and come back with large sums of money. Biden is going to get them killed! Enough!! We have [to] put someone who gives a damn in charge RIGHT NOW!”

Rep. Mike Waltz (R-FL) also tweeted that U.S. citizens were not being allowed into Kabul airport.

“Biden has ordered the gates closed. Our fellow Americans will soon be left behind. Unbelievable and unforgivable,” he tweeted.

Rep. Dan Crenshaw (R-TX) tweeted: “America, you need to know this: Biden is not letting citizens through the airport gates. It has been impossible to get anyone through for the last 24 hours.”

“The administration has been lying about their intent to save Americans. Unforgivable,” he added.

What we are witnessing is a travesty. This doesn’t even account for the thousands of Afghan Christians who are being hunted like animals by the Taliban!

The blood is on your hands, Joe Biden!d