Sent by Mail Abortion Drug: how do the Christians who voted for Biden feel about this? 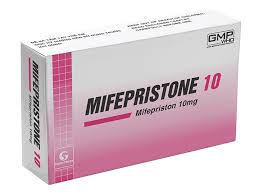 It sickens me to hear the wild dialectics utilized by Christians to rationalize their vote for Joe Biden as President. I’m curious to see how they will excuse the latest ghoulish move by the White House.

The Biden administration announced this month that it would allow the abortion drug “mifepristone” to be sent by mail. Abortionists claim this will revolutionize access to abortion, in about half the country. Elsewhere, state laws requiring patients to meet with a provider in person preempt the new policy.

For years, researchers have been assembling evidence claiming that it is safe for patients to undergo a remote medical consultation and then end their pregnancy at home using a two-drug regimen of mifepristone and misoprostol. But ever since mifepristone first came on the market in 2000, the Food and Drug Administration has heavily restricted its distribution, even though advocates note that it has a safer record than Tylenol.

What a stupid analogy: a safer record than Tylenol?

While Tylenol has the ability to kill and injure, when used as directed abortion drugs take a life 100 percent of the time.

Besides killing an innocent baby in the womb, I cringe imagining a woman consuming an increased dosage of the abortion drug, “Just to make sure.” There may be others who take too many doses within a short period of time because of their sexual proclivity.

That can’t be healthy.

All of this proves, in my opinion, that my brothers and sisters who voted for Biden seriously need to come to their senses and repent of their foolish choice.