A State of Evil 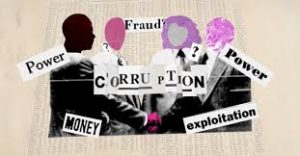 I am in no way, shape or form surprised Gavin Newsome survived the California recall. I shared this publicly on many occasions.

Elections, in my home state, are designed for corruption. It begins with those overseeing the elections county by county. Mail-in ballots, verification of signatures, turning a blind eye to those handing in ballots for others, the phony “poll watcher” positions, and ballot harvesting are all part of the scheme.

My daughter was a poll watcher for the Recall. Every time she saw something suspicious she tried to ask the County worker counting the ballots a question. The first time she asked, the worker said, “I will not answer your questions,” and then told other workers NOT to address my daughter’s concerns. My daughter could ask all the questions she wanted, but NO ONE WOULD GIVE HER AN ANSWER.

California is the most wicked state in the union. OTHER STATES BETTER TAKE NOTE.

From 1983-1999 California actually had moderately conservative Republican governors, and a state house wherein Republicans actually had a voice, Eight years prior to that (1967-1975) Ronald Reagan was t Governor. Forget all that. California has become a one-party rule state and I don’t see that changing.

Following the failed-by-cheating recall, Newsome showed his evil had:

“We said yes to vaccines…We said yes to women’s fundamental constitutional right to decide for herself what she does with her body, her fate, and her future…Economic justice, social justice, racial justice, environmental justice are values where California has made so much progress. All of those things were on the ballot this evening.”

This is why I’ve purchased a home in another state.

PS: If Donald Trump is to win the presidency in 2024, co-called election reform will not be enough–WE NEED TO PRAY.