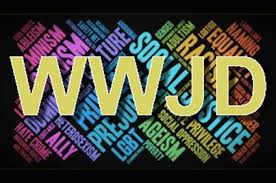 Critical Race Theory has aggressively made itself at home in the evangelical community.  Some are referring to this current brand of faith as “Progressive Christianity.”

When used as a noun, progressive implies reform.  In other words some evangelicals are buying into a version of Christianity that is supposedly new and improved thanks to the incorporation of Critical Race Theory (CRT).

Progressive Christianity and CRT are in opposition to the clear, time-tested truths of Biblical Christianity.  It pains me to say this because I have many Christian friends who have fallen under the spell of this divisive and dangerous teaching.

Jesus says, “In this world you will have trouble. But take heart! I have overcome the world” (John 16:33). In Romans 3:22-24 the Apostle Paul tells us, “There is no difference between Jew and Gentile, for all have sinned and fall short of the glory of God,  and all are justified freely by his grace through the redemption that came by Christ Jesus.”

I bring forth those two passages because they illustrate core truths. First, life on earth is filled with all sorts of trouble including discrimination, hate and oppression; something the original Jewish hearers of these passages were very familiar with. Second, we are all sinners–every one of us–and our only for hope for redemption is through faith in the Messiah Jesus.

CRT insists that discrimination, hate and oppression are the result of privileged oppressors who are white, mostly male, straight married, and able-bodied. This is a lie. The universal sinfulness of humankind is the real source of the world’s trouble. Indeed, CRT denies that the root of evil is Satan, the enemy of our souls who “masquerades as an angle of light” (2 Corinthians 11:14).

Again, the Bible is clear: the only hope for the human race is surrender to a savior who died on a cross for ALL of our sins. Such an act of faith provides the Spirit-enabled power to turn even the coldest heart to one of love, forgiveness and good works.

Interestingly, guess than a year ago President Donald Trump called CRT out for what it is. On September 4, 2020, the stated in a Tweet that Critical Race Theory “is a sickness that cannot be allowed to continue.”

We all acknowledge that racism exists. It is a manifestation of the sin of partiality which the Bible directly condemns. James 2:9 says, “but if you show partiality, you commit sin, and are convicted by the law as transgressors.” However, the racism decried by CRT is actually a Marxist tool deviously developed to divide and conquer. No one wants to be called a racist. No one wants to be a hater. No Christian wants to be unloving. So instead, many individuals, organizations, businesses, government institutions and now churches are accommodating the Critical Race Theory.

A few of the tenets of CRT include the following poisonous doctrines:

This is not an exhaustive list, but enough to explain why after nearly a decade of relentless indoctrination from politicians, activists, social media influencers, big tech, media, and even professional sports we have seen an explosion of ethnic animosity and civic unrest. CRT has now become a worldview that deliberately foments and feeds on resentment, strife, hatred, and division.

For those who hold fast to CRT doctrine, there is no cure for the white race, other than total subjugation.

Thus Critical Race Theory is, as President Trump said, a sickness. It is a ruthlessly cynical, divisive, pessimistic, misanthropic, sociological cancer. It is the greatest danger our nation currently faces, but no national leader stood up to halt its spread until Donald Trump.

Today, Critical Race Theory, feminism,  intersectional theory, LGBT advocacy, progressive immigration policies,  and other left-wing political causes are all actively vying for evangelical acceptance in the name of “social justice.” Progressive evangelical leaders are beginning to employ the same rhetoric and rationale of victimhood versus oppression that is relentlessly employed by secularists who advocate for all kinds of deviant lifestyles and ideologies.

Any Christian embrace of CRT is a worse form of “worldliness” than Christians in earlier generations ever contemplated, and is a slap in the face to the Apostle Paul who wrote in Romans 12:2, “Do not be conformed to this world, but be transformed by the renewal of your mind, that by testing you may discern what is the will of God, what is good and acceptable and perfect.”

The devil loves this.

Even the Southern Baptist Convention, America’s largest conservative evangelical denomination, in 2019 passed “Resolution 9,” formally setting forth Critical Race Theory as a useful “set of analytical tools that explain how race has and continues to function in society.” Baptist seminaries now present courses and seminars indoctrinating students with CRT dogma.