Does Universal Income Align With Judeo-Christian Values, Or Does It Encourage a Slacker Nation? 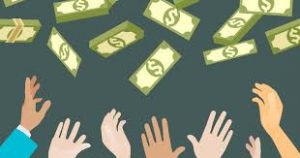 By now you’ve heard most of the current Democratic presidential candidates tout the need for Universal Basic Income (UBI).  But is UBI in keeping with the Judeo-Christian values that have shaped the core foundation of this nation’s work ethic and economy?

And, is Universal Basic Income good for society?

According to a New York Times article, proponents of UBI  believe that “as computers perform more of our work, we’d all be free to become artists, scholars, entrepreneurs or otherwise engage our passions in society no longer centered on the drudgery of daily labor.”

Sounds like paradise.  Perhaps it’s no wonder that this socialist-aligned economic system resonates with so many Millennials.  However, UBI  should raise the eyebrows of those who value work as an inherent good, as the Bible does.

According to the Times article, one basic assumption of UBI is that some forms of work are beneath the dignity of humans.  The writer, Farhad Manjoo, cites venture capitalist Albert Wegner:

I think it’s a bad use of a human to spend 20 years of their life driving a truck back and forth across the United States. That’s not what we aspire to do as humans—it’s a bad use of a human brain—and automation and basic income is a development that will free us to do lots of incredible things that are more aligned with what it means to be human.

This is pure hogwash.

God created us to find personal value in work, and such work is often done best when it aligns with our gifts, talents, and marketable skills.

It’s clear from the beginning of Genesis that humans are intended to work.  Whether it is what is often referred to by theologians as the cultural mandate (Gen. 1:28) or the more specific command to tend the Garden of Eden (Gen. 2:15), in the Biblical tradition work is inseparable from the human condition.

And then there is The Fall.

In reminding Adam and Eve how their sin distorted the moral order of creation, God cursed the ground making their daily work toilsome (Gen. 3:17-19). The very sweat of their brows  provided a lesson: until the Lord returns, this world is not the way it was intended.

Therefore,  driving a truck across the United States is not a waste of humanity. It may be, for that trucker, the best way to show love for others and contribute to a healthy economy.

Made In The Image Of God

Certain people are gifted with the ability to use their minds in amazing ways to serve others.  Some of these are naturally inclined towards inventing,  or programming, or music for example.

On the other hand, there are people made in the image of God whose vocational gifts tend toward manual labor and craftsmanship. And it is wrong to devalue those gifts in comparison to others.

So what if the world does become completely automated, as many of the politicians and thinkers contend?

The answer  is not to encourage people to simply subsist on handouts. Instead, the marketplace and human capital will create opportunities for new vocational training (and retraining) and naturally encourage individuals coming into the workforce to diversify their skill set.  When it comes to enriching our own coffers we humans inherently show our motivation to thrive, especially in a capitalistic system.

Engaging in meaningful work is part of participating in humanity and enhancing the world around us.

The Real Cost of UBI

Who pays for Universal Basic Income?  The productive, working taxpayers, .

One obvious problem with UBI is that it will encourage slackers, just as government welfare currently does. Eventually such an economic system is fundamentally unsustainable.

Additionally, UBI encourages people not to find ways to add value to their communities. Work adds economic value, but it also adds a deep relational value that is difficult to replace.