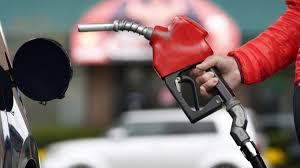 Blaming the oil companies for these outlandish gasoline and diesel prices is absurd.

If you want to point a finger, look to the U.S. Government, currently headed by a gaggle of leftist rebels who loath Big Oil, affordable fuel, and the American Dream.

The most recent example of this came from the lips of President Biden, who sneered at thoughtful comments made by the CEO of Chevron.

In a letter to the President, Michael Wirth, the Chevron’s chairman of the Board and CEO, noted that “your Administration has largely sought to criticize, and at times vilify, our industry. These actions are not beneficial to meeting the challenges we face and are not what the American people deserve.”

Asked for his reaction, Biden sneered at reporters: “He’s mildly sensitive. I didn’t know they’d get their feelings hurt that quickly.”

“Look, we need more refining capacity. This idea that they don’t have oil to drill and to bring up is simply not true. This piece of the Republicans talking about, ‘Biden shut down fields’ — wrong.  There are 9,000 of them, okay? So they — we ought to be able to work something out whereby they’re able to increase refining capacity and still not give up on transitioning to renewable energy.  They’re both within the realm of possibility,” Biden said.

Biden’s stock response regarding the “9,000 leases” is totally misleading because it suggests that oil companies can just put a drill in the ground and suck up the oil waiting below.

First, not all leases are productive, some prove to be bone dry, others have oil but it is out of the reach of current technology. Second, establishing a working oil well takes considerable time and bureaucratic effort.  Third, starting from its opening days the Biden administration has virtually shut the door on the  production of natural gas and oil.  On Day One, the President signed an executive order to impose a temporary moratorium on oil and gas leasing activity in the Arctic National Wildlife Refuge (ANWR); withdrew offshore areas in Arctic waters and the Bering Sea from oil and gas drilling; and revoked the permit for the Keystone XL pipeline.

Days later, the administration acted to indefinitely pause all new oil and gas lease sales on federal lands and offshore waters, immediately restricting the industry’s opportunities to explore and invest in new areas.

Then there is the refinery issue. In a letter this month to oil refiners Biden ripped the industry for “price gouging.” Such a bogus claim works well given that most people have no clue what a refinery is or does.

There are 129 oil refineries in the U.S. and only about 700 refineries in the entire world. Many foreign oil companies build their refineries here (the largest U.S. refinery, in Port Arthur, Texas, is owned by Saudi Aramco). U.S. based refineries are the most efficient in the world and able to process more types of oil than most other refineries.

When Donald Trump was touting America as a net energy exporter, he was telling the truth. Trump reduced regulation, opened opportunities,  and the industry flourished with loads of solid jobs and lower prices at the pump. The U.S. has built this incredible energy infrastructure mostly through private investment. Unlike other countries where the energy sector is generally state-owned, the U.S. has a competitive oil-and-gas industry that prizes efficiency and production. Obviously profit is required to keep this industry sound. If the government owned these operations is would be a financial and production disaster.

Additionally, because of government red-tape, spurred in large measure by draconian environmental policies, a new refinery has not been constructed in the U.S. since the Marathon’s facility in Garyville, Louisiana came online in 1977 (the last refinery built with significant downstream unit capacity). Even if the green light was given to build a new plant today, an oil refiner would need to ensure a decades long capital commitment before it could offer a return to it’s shareholders, all while environmentalist policies would be pushing for the “end to Big Oil.”