I originally wrote this piece for World Net Daily, it ran on Wednesday… 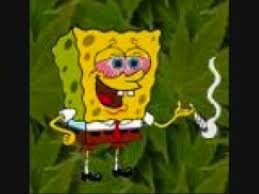 Many years ago, when my wife and I were about to adopt our first of three sons, a friend who worked with foster kids presented us with a peculiar warning: Nature is stronger than nurture. In other words, he believed that inherited traits within the DNA of our adopted children would outweigh the influence we would have in raising them.

We didn’t buy it.

Our sons are now young adults. Over the years there were numerous times when my wife and I observed traits, tendencies, aptitudes and emotions that seemed foreign to our known personal bloodlines. However, oddly enough, we can say the same thing about our biological daughter, who is the oldest of our kids.

Yes, their “nature” was at times trying, but we confronted that nature with our nurture. We spent lots of time with them, supervised them, loved them, prayed for them, sought out mentors and, when necessary, provided them with professional assistance to properly equip them for future success.

Now, let me share with you a troubling statistic.

In San Francisco, where I live, we have more intravenous drug addicts than high school students.

There are 16,000 high schoolers in this city and 24,500 injection drug abusers (the count is reliable, especially since San Francisco has a free needle-distribution program). This doesn’t count thousands more who are addicted to non-intravenous drugs and alcohol.

Meantime, the number of homeless in San Francisco is roughly 7,500. While a fraction of these people may be temporarily down on their luck, most are either alcohol or drug addicted, out of their mind, or otherwise harmless people who are completely ill-equipped to do life.

I often wonder how much of this mess is because their nature wasn’t properly nurtured.

As this country (and Western culture at large) steadily drifts from time-tested, biblically based family values, we are seeing more and more broken families and an exceeding number of kids who have no contact with a biological father. Even when dedicated to wholesome principles, it’s challenging to nurture nature in such circumstances.

Then there are the kids living in a home with two parents who are being raised, not by proven standards, but by whatever they see on the internet.

I believe a combination of the above scenarios has exacerbated homelessness, drug addiction and the cloud of destitution hanging over so many.

And it’s likely to only get worse.

Now, here’s where the progressive left crawls in. The only cure they propose for the impoverished masses is more government.

These radicals ascribe to what Karl Marx referred to as The Three Laws of Matter. In essence, this decree proposes that to change one’s nature through nurture is a fantasy.

Marx claimed that as each of us were spit out of our mother’s womb, some had a more efficient brain than others. As such, those with a better brain must step up and keep the inferior population in check with heavy-handed laws, regulations and tempting ploys, lest the minions wreak havoc, kill their fellow humans and destroy the planet.

In light of Marx’ theory, look at what the leftists are now openly pushing for: completely legalized marijuana and free needles to keep millions doped up, docile and dependent; promises of free health care and universal income to prevent many more from becoming industrious; and finally, abortion and infanticide to reduce the type of people that are unwanted in their utopian world.

What we’re witnessing is a wildly sinful trend that, unless broken, will curse this nation.

The Bible shows us time and time again that when Israel turned from idols to serve the living God, the “curse” that was before them was broken, and God spared them from the doom that was so near.

We too must return to a firm foundation rooted in authentic faith and validated family values.

And, we must recognize and vigilantly oppose the left’s game plan.