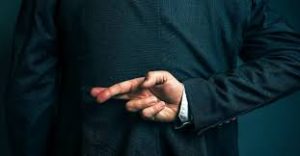 We live in a day where the truth is made out to be a lie. Science has become “scientism,” and the news media has become “propagandism.”

In other words, science uses certain facts as a ramrod to dismiss other facts from even being considered. So called news reporters take a smidgeon of truth and use it to extinguish any mention of larger truths that should indeed be considered.

As such, we have arrived at a critical time in history where We the People are told what to think, not how to think. Any position contrary to the popular narrative is quickly stamped out as “denial” or “conspiracy.”

Now considered  a couple facts from the last election: all of the states that had delayed election results involving close races had Secretary’s of State who were Democrat. Coincidence? These are the elected positions in state government that charged with fairly COUNTING  THE VOTE.

Is it any wonder then, that CNN published an article entitled, Democrats Implore Party to Prioritize Secretary of State Races to Avoid 2024 Debacle, on September 5th?

Hence the age old saying, “It’s not the votes that count, it’s he who counts the votes.”

You see, in the past election there is a curious fact that the media won’t dig into: why in the states where there were close races, democrats are Secretary’s of State? And why did ALL of those races eventually go to democrat candidates?

It’s a question worth asking. But to ask the question labels one a conspiracy theorist or denier.

The only race (at this writing) still in contention is the Arizona governor’s race in which the republican, Kari Lake, trails. It’s amazing, because Florida is many times larger in population than Arizona. Florida’s republican Secretary has the state’s race results concluded by the end of election night, but Arizona is still working on things nearly a week later.

Oh, and I forgot to say that the Secretary of State in Arizona is the democrat opposing Kari Lake! Katie Hobbs should have recused herself from her office during this election cycle, but no!

Smell like potential fraud? But you can’t even ask that.

One fact that the Bible declares true, period: satan is the father of lies (John 8:44).