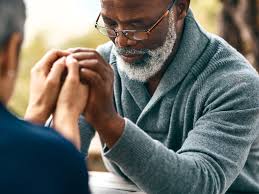 America was originally founded by those who came to this new land on the Mayflower and subsequent ships, to be a place where Christians could openly express their faith and, in turn, send missionaries to the ends of the earth to see people come into a personal relationship with the Creator of the Universe–the Messiah Jesus.

This nation made good on that intent for a long time. Certainly millions around the world can trace their hearing of the Word to Christians who came from the United States, not to mention the material aid in all forms that has plentifully flowed from the USA to the far reaches of the globe.

Now America is in a crisis. Christianity is in the crosshairs of the government and the left at large. Secularism has taken over. At the same time sin (and the occult) flourishes. Addictions, depression, racial division, gender rebellion and gender confusion, and vaccine conflicts are the norm.

Today, in a Zoom Bible study I’m a part of, a Christian brother from Nigeria said something that must be heard:
“America is in need of missionaries.” His comment received “amens” from other brothers in Eastern Europe and Kurkistan.

In other words, our Christian brothers and sisters in other nations believe missionaries from their lands need to come to evangelize the United State of America.

These are dark times indeed. Let’s pray for a harvest of souls in the USA and a revival of true faith worldwide.