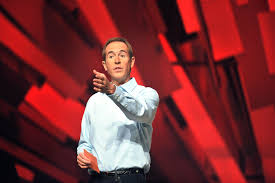 On Episode 17 of Hidden Headlines I am pleased to interview Ryan Lambert, Director of Outreach for the tremendous First Fruits of Zion Messianic ministry (ffoz.org).  Our discussion involves recent controversial statements made by popular Christian author and megachurch pastor, Andy Stanley.

Stanley is advocating an “unhitching” from the Old Testament.  Technically, it’s known as “replacement theology.”

Here’s the story: in a response to the growing opposition to Ten Commandment monuments in the United States, Andy Stanley told Relevant Magazine,  “[I]f we’re going to create a monument to stand as a testament to our faith, shouldn’t it at least be a monument of something that actually applies to us?”

“Participants in the new covenant (that’s Christians) are not required to obey any of the commandments found in the first part of their Bibles,” Stanley wrote.

He then posed another question: “Dear Christian reader: Why? Why? Why would we even be tempted to reach back beyond the cross to borrow from a covenant that was temporary and inferior to the covenant established for us at Calvary?”

Stanley also claims that when Jesus became the living sacrifice, many old rules went away, the Ten Commandments included.

“The new covenant replaced the old one. The covenant established by Jesus retired the covenant God established with the nation of Israel. This is why most Christians don’t mind a little bacon with their eggs,” Stanley said.

I believe such a take on God’s word is robbing innocent Christians of fully comprehending the magnificent character of God.  I also believe when Christian pastors avoid teaching from the “Old Testament” they are setting up new believers for potential failure.

Allow me to briefly explain.

When religious Jewish people come to acknowledge that Yeshua (Jesus) is Messiah, suddenly their eyes are opened to the Hebrew Scriptures (Old Testament).

As a result of this abiding faith in the totality of the  scriptures, you don’t meet many Jews who come to follow Messiah, only to fall away.  Sadly, I’ve watched countless gentiles “accept Jesus as Lord,” and in time go back to their former ways as if nothing ever happened.

Also in this episode: why I pray for Lady Gaga, and anti-semitism hits an online retailer.