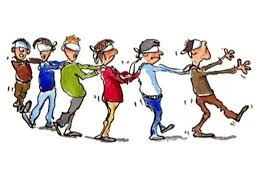 Covid-19. Black Lives Matter. Trump will be dumped. These are the big three topics that so many American’s have accepted, “hook, line, and sinker” as some might say.

Yes Covid-19 is a real virus, perhaps best described as the flu, with occasional deadly consequences. Yet the response from government officials has caused both large and small businesses to go bankrupt; many individuals and families have blown through their savings, and the US debt is skyrocketing with handout money. But isn’t it amazing how so many just go along with the media’s narrative and never do their own research on how the illness spreads?

The media’s spin is also on full display with Black Lives Matter. This movement isn’t about institutionalized racism in America, it’s about anarchy, socialism, trashing Biblical morality, and fundraising for the democratic party—but the so-called “fair and balanced” news media is silent on these disturbing aspects of the movement.

And what are Donald Trump’s chances to win a second term in November? According the media his polling numbers are in the dumpster. So many look at the polls and simply believe them even after they screwed up so badly last time around.

The mindset of conformity I’m describing is best described as a Herd Mentality. The media proclaims it, and everyone mindlessly follows.

The Herd Mentality: Covid 19, BLM, and Trump’s chances in November; it’s all about to be unpacked in Episode 67 of Hidden Headlines. Listen here, on my website, or wherever you listen to your favorite podcasts.