Illegal Immigration and the Push for a New Racial Majority 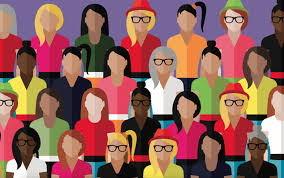 This post  is not meant to foment racism, nor is it meant to divide us in any way, shape, or form. For those of you who know me you obviously are aware that within my immediate family three of us are white, three non-white. When you stretch that out to my extended family (son and daughters in law, grandkids, etc,) there are four white and ten non-white.  The diversity within my family is an awesome representation of the love and creative work of God.

However, in America there are activists, influencers, and politicians on the left who despise the white race (and the various ethnic groups within that category). These people are violently angry at that race for slavery, privilege, and economic and political dominance. Their hope and dream is to get even and punish the white race. Some refer to it as “equity.”

I will not return their hatred with hatred. I will continue to love all people, just as God loves me. However, their plans will no doubt bring about destructive clashes in America, and perhaps worse.

This is a part of the plan.  As President Abraham Lincoln famously said, “A house divided against itself cannot stand.”

And a purposeful process of division is underway.

By the way, I have podcast version of this post, hope you’ll check it out.

Currently whites make up 61.6 percent of the population. That will soon change (I’ll share the stats in a moment) thanks to illegal (and legal) immigration. The democrat party envisions the current demographic shift as a ticket to unfettered power.

Because economic requirements for immigrating into the U.S. have been washed away (unlike in most developed countries) the newcomers are receiving government handouts.  Such welfare usually guarantees votes for the party handing the goodies out. So, once these people become citizens they vote democrat.

Because of immigration, both legal and illegal, and differing fertility rates among the relevant groups, we’re nearing a time when white people will soon no longer make up the electoral majority in the regions they currently dominate. Losing their majority status, in turn, is understood as meaning that the days of white privilege and political dominance is now numbered.

The latest statistics project that the nation will become “minority white” in 2045. During that year, whites will comprise 49.7 percent of the population in contrast to 24.6 percent for Hispanics, 13.1 percent for blacks, 7.9 percent for Asians, and 3.8 percent for multiracial populations.

By the way, isn’t it curious that the black population will be 13 percent? It’s been that way for decades because of  aggressive efforts by the left to push abortion on that group. Given Critical Race Theory indoctrination,  professional sports, Hollywood, and the commercials we see on the video platforms, this 13 percent statistic is unbelievable to Gen Z and X.

You see, the leaders of the left are actually the biggest racists of all. They kill black babies, keep schools in black neighborhoods underperforming, and allow gang violence to kill even more. They see blacks as a voting block and minorities-at-large as a meal ticket to power and riches.

This is also why Kamala Harris doesn’t visit the border. The democrats don’t give a damn–and never will. They could give a rip.

Actually the rip they believe in is spelled R.I.P.

They want the American ethos of Life, Liberty, and the Pursuit of Happiness buried.

American Founding Father John Adams said this: “Our Constitution was made only for a moral and religious People. It is wholly inadequate to the government of any other.”

You see, friends, this America is an experiment never before performed in the history of the world. It’s intended that when we err, we repent and make corrections. It’s much like the faith so many of us have Jesus as Lord. When I screw up, I admit my sin, get on my knees, repent, and try life again.

What this country needs more than ever is a spiritual revival; one in which millions turn to Jesus as their Lord and Savior. Once a soul surrenders to Jesus, amazing changes are to take place; changes that allow all to love one another.