I’m for #MeToo–in the womb! 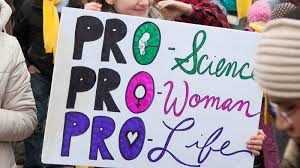 I just read a story in Eternity News about the Parliament in Queensland, Australia (the country’s third most populous state)  debating an abortion bill that would allow a woman to terminate her healthy foetus, right up to the time of birth, when two doctors have “considered” the woman’s “current and future physical, psychological and social circumstances.”

For some, this could translate into gender selection.  One would think in this day of #MeToo non-discrimination would extend to the womb.

The reasoning is odd.

The headline of a recent article in The Age read “The ‘missing girls’ never born in Victoria”. The article was based on research from Melbourne’s La Trobe University which comprised a study of more than one million births in that state.  Their conclusion was that some parents could be engaged in the ultimate act of gender bias – aborting unborn female babies simply because they are female.  Researchers stated that their studied indicates “systematic discrimination against females starts in the womb.”

In other words, pregnant women would be aborting baby girls.  Is the implication that it’s the birth-fathers who are forcing the women to engage in pre-birth sex-selection?

It is normally expected that for every 100 girls born, about 105 boys will be brought into the world. Within some key migrant communities in Australia (such as mothers of Indian or Chinese origin), sons are being born at rates of 122 and 125 for every 100 daughters in later pregnancies.  Abortion is suspected as the key to these ratios.

All this said, the Queensland Government refused to include any restrictions, even regarding sex-selection, in their Termination of Pregnancy Bill 2018 which will be voted on soon.

Until a pregnancy reaches 22-weeks, there will be no questions asked as to why a young woman is feeling the need to abort.  After 22-weeks, abortion is still permissible for social reasons, which no doubt could include the desire for a certain gender.

Just like the Creator, I’m for life.  It begins in the womb at the moment of conception and there should be no discrimination by humankind.