QUESTION, NOT JUDGEMENT: IS IT REALLY A TRUE VACCINE? 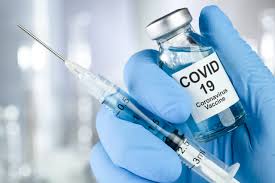 If you want to take it, that’s your business. But I’m just saying, this COVID-19 shot is likely not the vaccine you thought it was going to be.

A vaccine provides immunity. In other words when a vaccine is administered to you for X, Y, or Z, you are guaranteed to never get X, Y, or Z.  Think polio vaccination.

Apparently with the current injections being given for COVID-19, you can still catch the virus, still pass the virus to others, and still die from the virus. Your chances may be lessened, but it’s all true.

One of my sports heroes, baseball great Hank Aaron, died from COVID-19 twenty days after receiving the shot. Unlike others, I’m not saying the shot killed him. I am simply stating that Hammering Hank caught the COVID and died after getting the injection!  The medical excuse is that the vaccination doesn’t fully kick in for up to 14 days, so Aaron must have caught the virus during that time.

But Hank was not alone. According to a March 8, 2021 Newsweek article, 996 people have died after getting “the vax.”

Again, medical public relations persons claim these death likely occurred because of the 14 days required for the shot to take effect.

Again, I’m not blaming the vaccine for these deaths.  I’m just asking out loud, WHERE’S THE IMMUNITY? I’m also asking, was this originally (as recently as December through February in many well-known medical journals) called an “experimental vaccine?”

A well known researcher with the University of Alabama, Paul Goepfert, M.D., a professor with the UAB Division of Infectious Diseases, says the bottom line is that the vaccine most likely does not prevent spread of the virus, but probably does reduce the length of time a person sheds virus.

It’s possible that vaccines won’t stop or significantly lessen the chances of infection. But jabs might make infected people less able to pass the virus on, or make them less infectious, and so reduce transmission.

“The vaccine is very effective in preventing symptomatic disease,” said Dr. Amesh Adalja, a senior scholar at the Johns Hopkins Center for Health Security in Maryland. “But is it effective at preventing asymptomatic disease? There’s an open question about how much the vaccine is going to decrease transmission. It will take time to do those studies,” he told Healthline.

Here’s a 101 on what the Centers for Disease Control says about vaccines:

Immunity: Protection from an infectious disease. If you are immune to a disease, you can be exposed to it without becoming infected.

Vaccine: A product that stimulates a person’s immune system to produce immunity to a specific disease, protecting the person from that disease. Vaccines are usually administered through needle injections, but can also be administered by mouth or sprayed into the nose.

Vaccination: The act of introducing a vaccine into the body to produce immunity to a specific disease.

Immunization: A process by which a person becomes protected against a disease through vaccination. This term is often used interchangeably with vaccination or inoculation.

I also know that some doctors are recommending that certain patients taking certain medications do not get the shot because their meds have not been properly tested against the COVID vaccination.

So, you tell me: is this jab so many seem excited to take really a vaccine like other vital vaccinations  we have seen over the many decades?