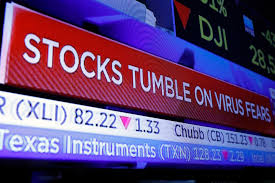 I was in a conversation with the great conservative thinker and activist David Horowitz earlier this week.  David is a former hippie radical from the 1960s, and he knows the left’s playbook as well as they do.  He reminded me that ever since Donald Trump was elected President of the United States, we’ve been witnessing an vicious political street fight in which the Democrats have proven they will go dirty as possible in order to win back the Oval Office.  As for elected Republicans in congress, only a handful have been willing to put on the brass knuckles and fight back.

Leading the pack is the President himself.

We The People, who believe in liberty, reject socialism, disdain communism, and don’t want to be judged by our lack of a kneejerk reaction to COVID-19, have a rare man in the White House who is a street fighter. Imperfect as he may me (and I’m not?), somehow Donald Trump sees through the political poppycock and is willing to stand up against this mob.

I’ll share what I believe is the left’s latest plan to destroy Trump in this ongoing brawl in a moment, but first a brief lap around the block to look at the other attempts where the democrats failed to get away with mugging the President.

The first swipe came the morning after Hillary lost her bid to be the planet’s pinnacle leader.  I have to share this story. The door to my humble radio studio at KSFO in San Francisco (I was the only local program on the lineup, which included Rush, Hannity, Savage, and Levin) was directly across from the large, open newsroom belonging to the liberal station in our radio group, KGO.  Practically everyone in the building (five radio stations in total) had assembled in the newsroom to watch Hillary, fresh off her overnight bender, to appear on TV and admit defeat (recall, it’s something she did not do on the night of the election).

I, along with my partners on the KSFO Morning Show, Katie and Sheri, watched the tears—literal tears—stream down many of their faces. From our soundproof studio we howled to our audience on the air with delight.  We dipped into an audio feed of Hillary’s speech and heard her say this:

And to the young people in particular, I hope you will hear this. I have, as Tim said, spent my entire adult life fighting for what I believe in. I’ve had successes and I’ve had setbacks. Sometimes, really painful ones. Many of you are at the beginning of your professional public and political careers. You will have successes and setbacks, too. This loss hurts, but please never stop believing that fighting for what’s right is worth it.

From Hillary’s lips to the left’s ears.  Immediately they came back swinging.

Their first punch was a weak one. “Hillary won the popular vote,” they declared, discounting the brilliance of our Electoral College system of presidential elections. When they were reminded that Bill Clinton was elected in 1992 with only 43-percent of the vote and no on considered him an illegitimate president for that reason, they moved on to a more creative plan.

When Trump initially dismissed FBI Director James Comey, Democratic members of Congress created an “impeachment clock” based on possible obstruction of justice charges. Comey, who was leading investigations into Trump’s campaign supposed ties to Russia, revealed a memo where Trump requested he end his investigation into national security advisor Michael T. Flynn. This sparked a movement for impeachment by a slew of House members. Congressman Al Green (liberal from Texas) was one of the first people to suggest tangible action toward impeachment.

The democrats then flew into a flurry of sucker punches and attempted weak kicks to the groin as they declared Trump is not only an election cheat, but an out of his mind traitor, subject to foreign bribery, and guilty of criminal campaign finance violations. They insisted that Trump should be removed by his own cabinet under the 25th Amendment as a result of his alleged insanity, or because of a personal payoff to Stormy Daniels, or the “corruption” of foreign diplomats having beer and burgers at the Trump International Hotel in Washington.

Nancy Pelosi, Schumer and crew became completely unhinged when they regained control over the House of Representatives after the midterms.  Newly elected radical Palestinian Muslim congresswoman Rashida Tlaib, swore on the day of her election to, “Impeach the motherfucker!”

From March to July, 2019, four different impeachment charges were made against Trump. Finally Nancy Pelosi decided to start formal impeachment proceedings in July 2019, eventually voting in September to approve a resolution that would define their new and biased rules of an impeachment. After a series of sham hearings, the House Democratic majority voted across strictly partisan lines to impeach the president. It was a moot point however, because the democrats were unable to accomplish the same thing in the Senate.

COVID-19, is a virus that is essentially a very nasty version of the flu. My 24-yer-old son had it and felt like crap for five weeks.  A dear friend of mine lost his 88-yea-old father to the illness. Like other such outbreaks, there’s no way to eliminate the virus forever. It finds a host and in many cases, depending on factors such as age, overall health, and other compromising issues (smoking, weight, asthma, etc.) the host can die.

As I explained in my last post, the end-game for the globalist progressives is to develop a vaccine for this virus and demand that all on the planet partake of this potion.  Such a vaccine that will open up a Pandora’s box of longstanding progressive plans to gain control over the masses, worldwide. In the United States it will threaten freedom and liberty, the likes of which made our Founder’s willing to fight to the death.

In the meantime, the democrats are milking this virus for all it’s worth in a final attempt to destroy Trump and keep him from winning a second term.  The stock market slides, the massive unemployment, cancellation of venues, government-mandated restrictions on citizen’s participation in their daily lives and the nuclear reaction of fear and negativity from the Democrat media and their directors in Washington, is the mushroom of fallout that has created havoc, and in some cases panic, nationwide. They’re hoping they can make this last into late summer, months before the election. They want to erase from the memory of all, the great economic comeback that was occurring in the United States under the leadership of Donald Trump. The employment, the stock market, the domestic oil and natural gas, the deregulation, the sane federal judges, Kanye West, the black pastors for Trump—the democrats want to hit delete.

Again, the liberals’ only goal is to destroy Donald Trump, and they don’t give a rip about any who fall in that path.

As for the way the democrats cleared the way for imbecilic Joe Biden to become their nominee was nothing new. All those who stepped aside in their bid for the Oval Office will be greatly rewarded by the party and those who fund it.  If Joe were to win (it’s a long shot and they know it), he’ll be put out to pasture after one term to make room for Nancy Pelosi’s nephew to take the reigns: California’s Governor Gavin Newsome.  Who knows, perhaps they’ll place Gavin on the ballot as VP, but I’m thinking they wouldn’t want him associated with a losing ticket.

Trust me, Nancy is a wickedly wise woman who has been planning this for years.

I don’t recall such panic for all of the previous coronaviruses, but we will continue to see the blowhards in the mainstream media use COVID-19 to further erode our founders’ intentions for the United States of America.

May God’s Spirit sweep this nation and save us.