The Bible says it, and I believe it:

God blessed them and said to them, “Be fruitful and increase in number; fill the earth and subdue it. Rule over the fish in the sea and the birds in the sky and over every living creature that moves on the ground” (Genesis 1:27-28). 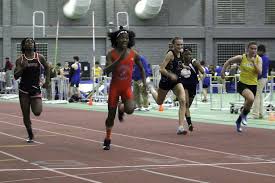 And now, finally, even a liberal publication like the Washington Post has dared to post an op-ed in which three liberal women are speaking out against a trend that is being pushed by opponents of the Gospel.  It has to do with “transgender” athletes who are actually biologically men, but participate in a women’s sport.

The women are former tennis champion, Martina Navratilova, Doriane Coleman, who is a law professor and a former elite track athlete, and Sanya Richards-Ross an NBC Sports analyst and four-time winner of Olympic gold medals.  These women are concerned with the Democratic Party’s push for the pro-transgender “Equality Act,” which the say would ruin women’s sports.

The [transgender] legislation would make it unlawful to differentiate among girls and women in sports on the basis of sex for any purpose. For example, a sports team couldn’t treat a transgender woman differently from a woman who is not transgender on the grounds that the former is male-bodied. Yet the reality is that putting male- and female-bodied athletes together is co-ed or open sport. And in open sport, females lose.

The authors also say transgender advocates prefer that women’s sports be used to help men who claim to be women:

Advocates of the Equality Act who know sports or aren’t science deniers make a different argument. They say that it’s time to shift our focus from supporting female-bodied athletes for whom Title IX has already done a lot of work, to supporting transgender women and girls who need our help more. Even if the legislation results in some females being displaced from the podium, they say, it’s enough that they get to participate.

One half of the act would outlaw distinctions between heterosexual and non-heterosexual people in hiring, housing, and other regulated practices.

The second half of the act would bar “discrimination” against people who claim to have the “gender identity” of an opposite-sex person. This part would implement the transgender ideology’s demand that the government forcefully prevent American women from recognizing the biological and civic differences or complementarity between men and women.

The act is backed by nearly all Democrats, including Massachusetts Rep. Joe Kennedy who recently told Breitbart News that sports competitions are for “human beings,” not for just men or just women.

The three female authors of the op-ed say they support the proposed transgender law — but then plead for a special exemption for their athlete peers.  While they believe that men can become women whenever the men wish, they also want to ask Congress for women’s sports teams and competitions to have a special right to exclude men from women’s sports (although, in a bizarre twist, not from the shower facilities used by women athletes).

The three authors build their case for a unique exemption by noting that men’s bodies are different from women’s bodies:

Team USA sprinter Allyson Felix has the most World Championship medals in history, male or female, and is tied with Usain Bolt for the most World Championship golds. Her lifetime best in the 400 meters is 49.26 seconds. In 2018 alone, 275 high school boys ran faster on 783 occasions. The sex differential is even more pronounced in sports and events involving jumping. Team USA’s Vashti Cunningham has the American record for high school girls in the high jump at 6 feet, 4½ inches. Last year just in California, 50 high school boys jumped higher. The sex differential isn’t the result of boys and men having a male gender identity, more resources, better training or superior discipline. It’s because they have androgenized bodies.

Where should those who believe in the Bible and follow God stand on this issue?

The reality is that there are precious people who have genuine struggles with gender dysphoria — a condition where a person senses that their gender identity (how they feel about being male or female) may not align with their biological sex and experiences emotional distress as a result.

These are deeply hurting people and those people need to know that God loves them and followers of His Son love them as well.  As such, we are ready to listen to them and seek to understand the pain they are facing, and deeply desire what is best for them.  While a man cannot become a woman and a woman cannot become a man, anyone can be internally (and eternally) changed by the love and grace of God.

However, by surrendering to the Lordship of Yeshua ha’ Mashiach (Jesus the Messiah), one’s entire life can be altered inside and out.