Georgia’s Heartbeat Bill, Stacey Abrams, and the Lies of the Pro-Abortion Democrats

Now the serpent was more crafty than any of the wild animals the Lord God had made. He said to the woman, “Did God really say, ‘You must not eat from any tree in the garden’?” Genesis 3:1 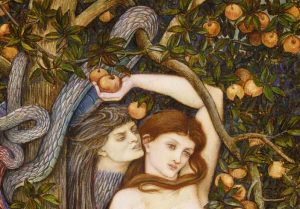 We should never be surprised when pro-abortionists use crafty rhetoric to trick people into believing that good is evil and evil is good.  Such is the case with yet another liberal democrat politician.

Sunday on MSNBC’s “AM Joy,” 2018 Georgia Democratic gubernatorial candidate Stacey Abrams said the Georgia “fetal heartbeat” bill, that would ban abortion as soon as a doctor can detect a fetal heartbeat, was “evil.”

While discussing a potential Hollywood filming boycott in Georgia should the bill becomes law, Abrams said, “We have to be a state that is not only friendly to businesses we have to be friendly to the women who work in businesses. You should not have to worry about you ability to controlling your bodily autonomy because the governor has pushed such an abominable and evil bill that is so restrictive. It’s not only bad for morality and our humanity, it’s bad for business.”

Abrams, who lost her bid for governor to pro-life Republican Brian Kemp, criticized pro-life lawmakers and the heartbeat bill during a rally in Dalton, Georgia, according to the Times Free Press.

Georgia House Bill 481, the Living Infants Fairness and Equality (L.I.F.E.) Act, would ban abortions on an unborn baby after their heartbeat is detectable, around six weeks. It would allow exceptions for rape, incest and threats to the mother’s life. In addition, the bill would allow parents to claim unborn babies as dependents on their taxes and include the unborn baby in census data. It also would allow mothers to collect child support for pregnancy and delivery costs from the father prior to the baby’s birth.

It passed a final vote Friday in the House, and now is headed to the governor’s desk for his signature.

“It is dangerous,” Abrams told reporters. “I think it is scientifically insupportable. I know it will cause harm to women, especially to those women who face the highest rate of maternal mortality already. We know that we will lose doctors. We will lose jobs. And I believe it is purely a craven exercise designed to fulfill a political promise.”

What Abrams meant by “scientifically insupportable” is not clear, but it’s generally medically accepted that an unborn baby’s heart is beating by six weeks of pregnancy, though research by the University of Oxford suggests the heartbeat may begin as early as 16 days after conception.

Abrams’ claims that the bill “is dangerous” is ridiculous.  She ignores the fact that the bill would protect human lives by banning abortions.  In fact, if enforced, the legislation would end almost all abortions in Georgia and save countless unborn babies’ lives. Legalized abortion also does nothing to help prevent maternal mortality.

And now the Hollywood liberals–a group of characters both filthy rich and filthy immoral–are stomping their collective feet like snot-nosed pre-schoolers who didn’t get their way: they’re threatening  a massive protest to boycott the state and take their millions in movie and television productions with them.

The Eighth Circuit Court of Appeals said the following about its ruling on the six-week abortion ban: “Because there is no genuine dispute that (North Dakota’s law) generally prohibits abortions before viability — as the Supreme Court has defined that concept — and because we are bound by Supreme Court precedent holding that states may not prohibit pre-viability abortions, we must affirm the district court’s grant of summary judgment to the plaintiffs.”

There is more hope that the U.S. Supreme Court may consider an abortion ban, but it is difficult to say if it would for certain – especially after Chief Justice John Roberts recently sided with the liberal justices on an abortion case.