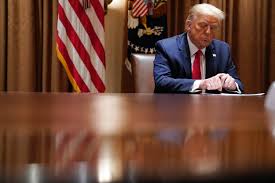 The Supreme Court has voted 6-3 to overturn Roe v. Wade and Planned Parenthood of Southeastern Pennsylvania v. Casey, its precedents that declared there was a right to abortion in the United States.

“The Constitution does not confer a right to abortion; Roe and Casey are overruled; and the authority to regulate abortion is returned to the people and their elected representatives,” said the syllabus of the decision released today by the court.

The majority opinion, as expected, was written by Justice Samuel Alito. He was joined by Justices Clarence Thomas, Neil Gorsuch, Brett Kavanaugh, and Amy Coney Barrett. Chief Justice John Roberts wrote a separate opinion that was “concurring in the judgment.” Thomas and Kavanaugh also wrote concurring opinions in addition to joining Alito in his decision.

Gorsuch, Kavanaugh and Barrett were appointed to the Court by Donald J. Trump.

Thank You, Lord God Almighty.  If for no other reason, Donald Trump became President for this moment in history.