The Devil In Georgia and Conspiracy in American Politics 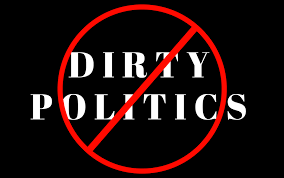 You may have heard about this. It was just a brief story in early December that was hardly covered, but when when it was, the story line stated a young member of Kelly Loeffler’s staff was involved in a fatal car accident (at the time of this writing, Loeffler is the Republican senator involved in the heated runoff election for the two US senate seats in Georgia).

That pretty much was the story that was told nationally.

However, trained to always be suspiecios and look for the hidden headline, upon hearing the news my imidaite gut reaction, verbalized to my wife was: that was a murder.

Politics in Georgia has been historically dirtly business, and these runoff elections for both of Georgia’s senate seats are turning out to be the priciest senate races in US history.

The stakes are huge.

If the democrats win they have a 50/50 split in the senate with republicans. If Biden and Harris do become Prez and VP then the democrats will have the power of government lock, stock, and barrel–and their evil deeds will include raising taxes, and pleasing enemies like China, Russia and Iran.

And of course there will be much more

During the campaign for these seats the democrats head seanator, Senate Minority Leader Chuck Schumer proudly proclaimed “First we take Georgia, then we change America!”

I believe this is all a part of the left’s great global resent which I discussed in my past podcast, Hidden Headlines #76.

So what really has been happening behind the scenes in this otherwise Red State? Well, I believe the death of the young staffer is a good indication of how dirty things can get in Georgia and how ugly the democrats really are.

Hoping you’ll listen to this current episode of Hidden Headlines and that you’ll share it with others: https://soundcloud.com/user-249640016/77-the-nasty-georgia-conspiracy-plan-to-take-over-america