The “Hate Trump Swamp Show” Ramps Up, and I Know Why 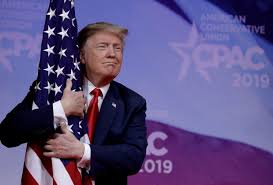 The Mueller investigation found that neither Trump nor anyone in his campaign colluded with the Russians in 2016. Yet House Judiciary Committee Chairman, Jerry Nadler, wants public hearings with present and past White House aides under oath to put on a national TV show trial to sway public opinion that Trump did collude.
Next, investigations of Trump by Nancy Pelosi include subpoenas issued to the IRS demanding Trump’s tax returns. In conjunction, the state of New York passed a law to gain access to Trump’s state tax returns–so they can give them Nancy.
Meantime, House committees want the files of Trump’s accountants. Subpoenas have been issued to lending institutions where Trump borrowed, such as Deutsche Bank, going back decades.
What is this really all about?
In my opinion,  it’s about Trump’s stance against abortion, standing for Israel,  reversing decades of environmental policies which are rooted in socialist theory, and allowing our military to take off their politically correct gloves and defeat ISIS.
And most of all? They fear Donald Trump will be RE-ELECTED in 2020.
As for the President? He may be the only man in the country with skin thick enough to withstand this daily slinging of swamp excrement.
Posted in Category: Commentary, Tagged: