Trump is my President: American has only one president at a time 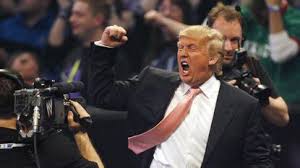 The most important part of democracy like our is to do it correctly. There should be no hocus-pocus in electing a president. It’s to be done every four years by a vote of the people.  It’s one vote for every legally registered voter, incorporated into a profound process known as the electoral college.

Given that process, it is critical to note: the media does not call an election.

There is both an ethical and a legal obligation to the 73 million Americans — the highest number ever to vote for a sitting president — to assure them that every legal vote is counted, and not adulterated in any way.

Biden supporters want to hear none of this. Not one state has yet even certified its vote. In fact, the certification process has not even begun! There is no “Office of the President Elect” at this time! The electors don’t vote until December 14. We have one president at a time, and until there are certifications and the electors vote on December 14, our unique democratic process must be allowed to play out.

Yes, many questions remain.  However, Biden supporters are insanely quick to criticize anyone who asks questions regarding potential voter fraud. For starters, under the cover of COVID, voting rules were massively changed like never before in history which provided opportunities for wrongdoers. But mention that to a Biden supporter and you’re written off as a kook, not a patriot who is concerned about the integrity of the vote. Allude to computer programs that might have been involved and your pegged as a total dingbat.

Biden and his media allies are all talking about bringing the country together, this after they hatched four years of hate, smears, and chaos. This is a tactic learned from Vladimir Lenin’s playbook: “Unity is a great thing and a great slogan. But what workers’ cause needs is the unity of Marxists, not the unity between Marxists and opponents and distorters of Marxism.”

The question right now is, will any of these allegations of fraud affect a sufficient number of votes to change the result of the election? I believe it will. I believe we will discover Trump DID WIN IN A LANDSLIDE. Just for saying that, the left will go berserk and the nasty, personal intimidation will begin. But if the answer is President Trump did not win, then on January 20 Joe Biden will be president of the United States of America.

But until then President Trump is my president because America only has one president at a time.