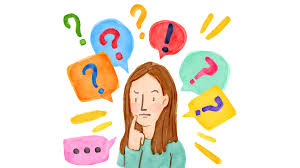 During an interview at the Financial Times’ Future of the Car summit, billionaire business magnate and visionary Elon Musk said that Twitter’s lifetime ban of President Donald Trump, on Jan. 8, 2021, was “morally wrong” and “flat up stupid.” Musk acknowledged that Twitter has a “strong left bias.”

“I think it was a morally bad decision, and foolish in the extreme,” Musk said of the ban.

“I would reverse the permaban [on Trump]. Obviously I don’t own Twitter yet, so this is not a thing that will definitely happen.”

Trump had more than 80 million followers when he was banned.

How will the Left handle this? Their unspoken rule is to never, ever say anything in defense of Donald Trump. Will they stop buying his cars and battery walls? Will they sell there shares in the company?

Oh, the fun of witnessing the Left in such a “moral” pickle.