Vaccines, Immunity Passports vs Personal Privacy – Mark of the Beast? 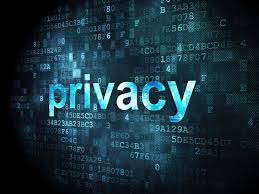 This was originally published by World Net Daily on February 15th and then republished here on February 17th. I’m re-dating it to give it more attention as the topic is now gaining more acceptance by “mainstream” news sources.

By now most have decided their stance on the COVID-19 vaccine.  You’ve either received it, plan on getting it, or are flat out saying, No way!

This commentary is not meant to argue vaccine versus no vaccine. Instead, I’m concerned about the many conversations I’ve recently had with friends who are convinced that COVID-19 vaccination passports—for air travel, access to job sites, schools and public places—should be, and will be, instituted soon. I also know of someone who is considering proof of vaccination to attend their private wedding ceremony and reception.

Currently, vaccination verification is limited to a paper form. Such a document could be easily forged. As such, alternate proposals are turning to tech. One proposal involves vaccination authentication that could be stored in a digital token on a smartphone app with various forms of two-step authorization as a safety mechanism.

In fact, the International Air Transport Association (IATA), an airline trade association that represents 290 airlines worldwide, said on November 23, 2020 that it was in the final stages of developing a digital vaccine passport for travelers. The IATA Travel Pass will let travelers share their vaccination status and COVID test results with airlines and border authorities, via a contactless passport app.

But there’s a problem: what about those without a smartphone?

Analysis has shown that African Americans are far less likely than white, Hispanic, or Asians to be tested before they end up in the emergency room. Mobile testing sites administered by Verily Life Sciences (a subsidiary of Google’s parent, Alphabet) require people to have a smartphone and a Google account before getting tested. Residents in San Francisco’s Tenderloin district, one of the city’s poorest neighborhoods, were turned away from testing sites because they didn’t have a smartphone.

No surprise given that Google’s entire business model is based upon gathering personal information for marketing purposes.

In addition to those who don’t have smartphones there are countless individuals who do not want to share their personal health information with the likes of a private for-profit corporation like Google.

But don’t worry, there’s a plan for these concerns.

Let’s be clear, there is currently no vaccine for COVID-19 that insures immunity; one can still become ill. Also, the current vaccines do not prevent the spread of the virus.

So what’s going on here?

Advocates of COVID passports visualize a world where we can’t pass through a door to a plane, workplace, school, or restaurant until the gatekeeper scans our credentials. In no time the public would be conditioned to submit to these demands.

This digital system could easily be expanded to check not just a person’s immunity status, but any other bit of personal information that a gatekeeper might deem relevant, such as banking information, age, pregnancy, HIV status, or criminal history; and all data—your data—could be accumulated into one database.

And could we really trust those overseeing the databases?

The next step in this plan will move from smartphone apps to invisible barcode-like tattoos stamped on the body of those who have been vaccinated. This would accommodate those without cell phones and prevent hackers from stealing personal information. The tattoo plan is funded by Bill and Melinda Gates. The easily applied invisible tattoos would likely be placed on the hand or forehead.

Students of the Bible will immediately recall the mark of the Beast from the New Testament’s Book of Revelation:

He causes all, both small and great, rich and poor, free and slave, to receive a mark on their right hand or on their foreheads, and that no one may buy or sell except one who has the mark or the name of the beast… (Revelation 13:16-17).

No, I’m not claiming the vaccine is the mark of the Beast, but I am emphasizing that society is moving very quickly into a brave new world. Especially in the realm of personal privacy and information security.

Our government was designed to protect our liberties, not recklessly allow them to be abused.

Brian Sussman is the author of Climategate: A Veteran Meteorologist Exposes the Global Warming Scam