This article by Brian Sussman was originally posted at World Net Daily. 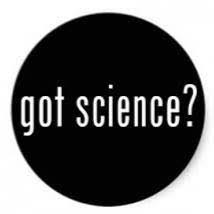 CNN recently presented another of its in-depth reports justifying the various COVID-19 jabs. In this latest story, the network belittled those who want to conduct their own research before making a decision to get the shot or not.

Two specialists interviewed charged that Americans simply are not smart enough to do their own research and make their own decisions about COVID and its “vaccines.” One of them, Renee DiResta, research manager of the Stanford Internet Observatory, was concerned that, “in today’s media environment fueled by clicks and engagement, it’s all too easy to come across misleading data that confirms biases.”

Of course, DiResta’s sweeping allegation referred to credible, well-sourced conservative media outlets that put forward factual information on things like the serious side effects from the shots as well as the death count of those who have been “vaccinated.”

If anyone is publishing misleading data to confirm a bias it’s operations like CNN and their liberal media allies.

But here’s the bamboozle. DiResta went on to say, “Science is a consensus building process.”

This spin job is right out of the climate change playbook.

The “science is a consensus” muck is a game the left has been playing for three decades to dupe the masses into accepting so-called human-induced climate change. Now the ruse has obviously made it into the pro-vaccine talking points handbook.

I wrote two comprehensive (and quite popular) books on climate change. In them I stressed that science has never been about consensus. In a chapter of “Climategate”entitled, “The Myth of Consensus,” I tell of the Heidelberg Appeal, which was crafted in opposition to the United Nation’s 1992 International Panel on Climate Change, a panel championed by Al Gore. Heidelberg was signed by over 4,000 scientists, including two Nobel Prize winners, who were all skeptics or deniers of man-made global warming. I also note other anthropogenic climate change deniers, including the brilliant meteorologist who founded the Weather Channel, a former director of the National Hurricane Center, the first female in the world to receive a Ph.D. in meteorology and a Ph.D. geologist who just happened to walk on the moon. The conclusions from this abundance of experts flies in the face of scientific consensus.

Let’s be real here. Perhaps the best example of scientific consensus gone bad is when nearly all experts thought the sun revolved around the Earth. The consensus then was as wrong as it could possibly be.

The great fiction writer and filmmaker Michael Crichton had a lot to say about scientific consensus. In 2003 he presented a lecture at the California Institute of Technology entitled, “Aliens Cause Global Warming”:

I want to pause here and talk about this notion of consensus, and the rise of what has been called consensus science. I regard consensus science as an extremely pernicious development that ought to be stopped cold in its tracks. Historically, the claim of consensus has been the first refuge of scoundrels; it is a way to avoid debate by claiming that the matter is already settled. Whenever you hear the consensus of scientists agrees on something or other, reach for your wallet, because you’re being had. Let’s be clear: The work of science has nothing whatever to do with consensus. Consensus is the business of politics. Science, on the contrary, requires only one investigator who happens to be right, which means that he or she has results that are verifiable by reference to the real world. In science consensus is irrelevant. What is relevant is reproducible results. The greatest scientists in history are great precisely because they broke with the consensus. There is no such thing as consensus science. If it’s consensus, it isn’t science. If it’s science, it isn’t consensus. Period.

By the way, my books, Climategate: A Veteran Meteorologist Exposes the Global Warming Scam, and Eco-Tyranny: How the Left’s Green Agenda Will Dismantle America are available a special prices!
I appreciate your support.