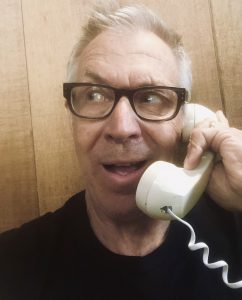 Yes.  I have received and have read (most) of your emails asking a variation of the above question.

First off, I appreciate your concern.  I’ve been a featured part of the KSFO lineup since 2002. My first duties on the iconic San Francisco-based station involved hosting an evening program from 5-8PM, as well as anchoring the Morning Show each Monday (radio superstar Lee Rodgers commandeered the microphone Tuesday through Friday).

In 2010, Lee retired and I was given the Morning Show duties, five days a week. In the beginning the programs ratings were respectable, but in recent years the numbers have become exceptionally strong (and thus, the show is quite profitable).  Thank you for listening and allowing us to fan the flames of freedom (and daily unpack the chuckle truck).

To do a morning show the way we do it is tough.  The energy level must be high for four-hours straight. The content has to be engaging and entertaining.  The preparation is seemingly non-stop and includes getting behind the computer at 3AM to tie all the loose ends together before showtime at 5.  I thank God for my partners in this effort: the beloved Katie Green (news, traffic, and satire), and our producer, the astute Sheri Yee.   These two make the job much easier, and ensure the show’s success.

That said, in April, my superiors at KSFO (in whom I have complete respect) noted my tireless work ethic and suggested I pull back to four days per week.  That’s why my brother, Brad, and Dan Mandis are often filling in once each week.

But that still doesn’t answer many of your questions regarding recent absences from the airwaves.

As most of you may recall, in June my mother died. I was always warned that when the second parent dies it can really throw you for a loop—and it did.  Despite the fact I hated her coffee (old joke), I loved my mom.

Then, more recently, I had a fluke health issue that put me in the hospital for a couple days (don’t worry, I put in five miles on the treadmill this morning, so I’m all right).  Nonetheless, it was still a sign that I can’t reverse entropy.

Getting old sucks, but it beats the alternative.

I hope this suffices in responding to your hundreds of inquiries, and I appreciate your support.  Back to work tomorrow!

Hanging up on myself…

As many of you are aware, I returned to work on October 9th and then vanished from the airwaves a couple days later.

Yes, this whole situation is health related but, thank God, not life-threatening.  Not sure when I’ll be able to return, but I’m hopeful that my predicament is soon alleviated!

By the way, the staff and management at KSFO has been great during this odd ordeal.

Again, thanks for your heartfelt concern.