While everyone else is looking for workers, government hires 57,000…in May! 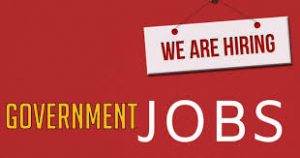 While “Help Wanted” signs are nearly everywhere, the governments of the United States hired 57,000 new bureaucrats in May.

These are usually jobs with good pay, great benefits, quite often a pension, and, too much of the time, little motivation to accomplish excellent work when compared to the private sector workplace environment.

Maybe that’s where all the workers are going?

That’s right, the number of people working for government in the United States increased by 57,000 in May, according to data released today by the Bureau of Labor Statistics.

Over 22-million people are government workers.

Wonder how many of these jobs are redundant, or how many employees are just mailing it in, so to speak. You can’t get away with that the for-profit world.

So much for America’s founding principle of  limited government.

Despite their promises to the contrary, every year politicians continue to spend hundreds of billions of dollars more than the government takes in. And, every year, they put it on the national credit card and the bill grows bigger.  By the way, this wild spending and over-hiring drives a businessman like Donald Trump crazy.

And just like the credit card bill you get at the end of the month, this bill is coming due. International bankers and financiers, including the Federal Reserve, are not charity running charities.