Why I Pray for Lady Gaga 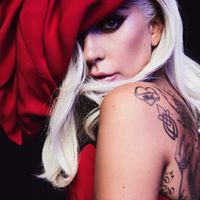 There are several people in the entertainment industry I pray for regularly.  One of them is Lady Gaga, aka, Stephani Germanotta.

Stephani is an amazing talent and certainly one of the greatest vocalists of her generation.  I once saw an old video of her performing in a small club,  while attending New York University.  Amazing.   She had everyone in the house wrapped around her little finger. Anyone who saw one of those club dates witnessed greatness in the making.

As for her spiritual side, I know she was raised a Catholic.  She also said recently she is a Christian.  However, being a Catholic (or a Baptist, or Lutheran, etc.) hardly makes one a Christian any more than being a librarian makes one a book.  But, who knows, maybe Lady Gaga does believe that Jesus is exclusively, “the way, truth, and life,” just as He said in the Gospel of John, chapter 14, verse 6.

If that’s true, then my prayer is that she will take it to the next level and surrender to His Lordship and leadership.

Where am I going with this?

On Saturday, Lady Gaga slammed Vice President Mike Pence as the worst example of a disciple of the faith for supporting his wife’s decision to work at a Christian school that doesn’t endorse homosexual behavior.

Please read the rest of this article at World Net Daily