Why the Democrats SHOULD NOT See the Un-redacted Mueller Report 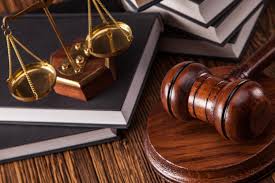 Jerry Nadler, Chair of the House Judiciary Committee, knows he has no right to see the complete, un-redacted version of the Mueller Report. Instead, he and his fellow democrats are conducting a shameful dog and pony show designed to hoodwink their voting base into wanting President Donald Trump’s head on a platter.

Rightly, President Trump has used his Constitutional authority to prevent Representative Nadler from seeing these confidential documents. Nadler was offered to review a “lightly redacted” version of the Report, but chose not to.

The following was prepared for “Members and Committees of Congress” by the Congressional Research Service:

The U.S. Constitution requires that any prosecution of a serious federal crime be initiated by “a presentment or indictment of a Grand Jury.” The “[g]rand [j]ury” contemplated by the Constitution is a temporary, citizen-comprised body that obtains evidence and considers whether it is sufficient to justify criminal charges in a particular case. Though a grand jury works with federal prosecutors and functions under judicial auspices, it is considered an independent “constitutional fixture in its own right” that “belongs to no branch of the institutional Government, serving as a kind of buffer . . . between the Government and the people.” One long-established principle that has been deemed essential to the grand jury’s functioning and independence is that matters occurring before it are to be kept secret.  Secrecy prevents those under scrutiny from fleeing or importuning the grand jurors, encourages full disclosure by witnesses, and protects the innocent from unwarranted prosecution. For these and other reasons, prosecutors, the jurors themselves, and most others involved in grand jury proceedings are generally prohibited from revealing “such matters as the identities or addresses of witnesses or jurors, the substance of testimony, the strategy or direction of the investigation, the deliberations or questions of jurors, and the like.” The prohibition endures even after a grand jury’s work is completed.

The full briefing can be seen here: https://fas.org/sgp/crs/secrecy/LSB10201.pdf