Wow! Joe’s Unity Speech Must Have Been Something Special (sorry I missed it) 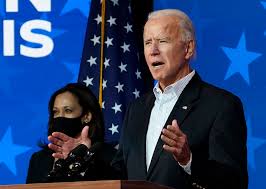 So, I’m told over the weekend Joe Biden gave a speech on “unity.”  Wow. I totally missed seeing it, but it must have been something really special.

In his call for unity, I’m guessing he personally apologized to Donald Trump and Trump supporters at large for all the nasty things he said recently about the President and his proponents.  After all, he essentially called Trump a Nazi in that rant on MSNBC on September 26 (***see below for transcript).

Also, from what I’m reading Biden’s unity speech went over really well because my liberal friends on Facebook are quoting Martin Luther King and telling me I need to get over the election results and join them in taking up the banner of unity.

Again, I’m bummed I missed the speech, but I’ve promised myself that after witnessing Fox News going in-the-tank for Joe and Kamala on election night I will never watch that network again. I’m sure they covered his unity speech–right?  I know the other networks certainly covered it, but I gave up on them decades ago (I worked for one of those networks, CBS, for 15 years).

Golly, as I think about it a bit more, that unity speech was spot on! Given that the 70 million people who voted for Trump are at least disappointed, or at most downright pissed, isn’t it wonderful that there has been no violence or riots in the streets? Geez, with all the stores that were (and still are) boarded up here in San Francisco, the folks in charge must be super pleased.

Hmm. I wonder what will happen when Georgia’s final election count goes to Trump (16 electoral college votes), and Wisconsin and Pennsylvania’s corrupt counts are remedied and also go to Trump (another 30 votes)? Joe and Kam will slip way below the 270 threshold. Whoa!

But it’s okay. Once Uncle Joe changes his briefs, I’m guessing he’ll smile before the cameras and read another wonderful unity speech.

Can’t wait to hear about it.