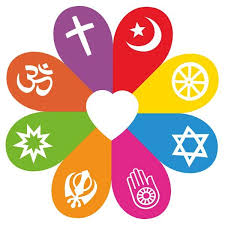 January proved a significant month for the demons out to destroy freedom of religion in America.
The first fiery dart came from YouTube. They censored a rock-ribbed preacher who spoke on the Bible’s view regarding sex.
Pastor John MacArthur, of Grace Community Church in Southern California, is heard on hundreds of radio stations across the country and his sermons are viewed by millions on YouTube. The message in question was crafted to draw attention to proposed legislation in Canada that would silence pastors on LGBT issues. Violators could receive five years in prison for preaching against the LGBT agenda.
MacArthur was encouraging other pastors around the nation to stand in solidarity by proclaiming from their pulpits the biblical teachings regarding LGBT issues.
“There is no such thing as transgender,” MacArthur said. “You are either XX or XY, that’s it. God made man male and female. That is determined genetically, that is physiology, that is science, that is reality.”
MacArthur went on to stress those in the LGBT community must be met with love and affirmation to be all God created them to be.
Amen.
Enter scaley claws of Big Tech. YouTube removed the sermon saying the pastor’s sermon was hate speech.
“Our team has reviewed your content, and, unfortunately, we think it violates our hate speech policy,” YouTube wrote to reporter Todd Starnes.
In other words, YouTube affirmed the Canadian law by banning any opposition to transgenderism on their platform.
Welcome to Silicon Valley’s view of America.
Next story, at least 19 federal agencies have implemented or are considering putting in place a system to track religious exemption requests for mandated vaccines, according to a review of Federal Register.
The agencies include the departments of Justice, Health and Human Services, Transportation, and Treasury.
What???
The Heritage Foundation was the first to report on the development and warned that it may be a test pilot plan to monitor all federal workers. The system tracks religious exemption requests from employees of federal agencies along with any contractors, consultants, interns, and volunteers associated with them.
Based on its review of the new tracking system—and the choice of something called “The Pretrial Services Agency” to implement the database—The Heritage Foundation labled the system a “test run” for a nationwide database of all religious exemption requests made by federal workers. Officially the Pretrial Services Agency gathers information and makes recommendations about newly arrested defendants in the federal criminal system. Now it’s being used to target the un-vaxxed.
“It is likely the Biden administration is using these agencies to stealth test a policy it intends to roll out across the whole government,” attorneys for the foundation wrote in their analysis of this Orwellian tracking system.
This is a warning signal, friends. Biden’s administration is tracking the low-hanging fruit first: federal workers, contractors, and I would guess all those entities who receive federal funding.
Claim a religious exemption and you are under their microscope.
“This system of records maintains personal religious information collected in response to religious accommodation requests for religious exception from the federally mandated vaccination requirement in the context of a public health emergency or similar health and safety incident, such as a pandemic, epidemic, natural disaster or national or regional,” one of the notices reads.
This is NOT what our founders envisioned. Keeping government out of religion was the foremost goal of the U.S. Constitution. Note, very first words in the First Amendment:

Religious freedom is a fundamental right that most Americans, with even a cursory knowledge of the Constitution or the nation’s history, will recall as a mega-pillar of our democracy.
Biden’s administration, along with the kooks at YouTube, have arrogantly decided that they are the arbiters of true religion. They also have pridefully determined that they will sit upon the seat of judgement to punish those who violate their decrees.
When pride comes, then comes dishonor – Proverbs 11:2.