I Miss You, Kenny 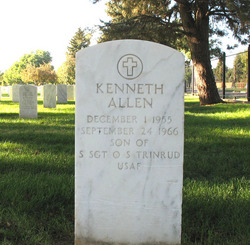 It was the worst day, and week, of my life. But God used it for His glory.

On this date many years ago my life, and the lives of many, were changed forever.

I had just concluded a Pop Warner football game and was back home, out of my uniform, ready to get on with the rest of my weekend.  I heard some sirens and looked out the front window just as an ambulance whizzed by the house. Curious, I hopped on my bike and took off in the direction of the speeding emergency vehicle.

I didn’t have to travel far before I arrived at the scene.  There was a young boy, about my age, lying motionless next to the curb.  A bike was nearby, twisted like a pretzel.   A small black sports car was parked awkwardly in the street with a dented front end.  Two shoes were strewn on the pavement.

“Who is it?” I asked a buddy as a crowd  began to gather.

The young victim’s head had experienced so much trauma we couldn’t recognize him.

I watched, stunned,  as they took the boy’s body and placed it in the ambulance. Apparently he was still alive they said.  That was good–right?

But then I saw two adults get into the ambulance.  They were my friend Kenny’s mom and dad.  They looked awful.  I instantly put it all together.  I had just played football with their son hours earlier.  He was coming over to my house on his bike to goof around after the game.  Somehow he was hit by the car.

Kenny didn’t last but a few hours.  I’ll never forget my dad getting the call from our coach that Kenny was gone.  My old man set down the phone, walked over the the liqueur cabinet and poured himself a stiff one.  He sat still for a minute or so, fighting back tears.  Then he walked into the adjacent room where I’d been watching him.

My dad had seen a lot of bad stuff in his life.  Years later he said giving me that bad news was the hardest thing he ever had to do.

I was a pallbearer at Kenny’s funeral three days later.

My life went sideways for many years after that.  I had so many questions about life…and death.  Thank God those questions were eventually answered.

14 years after Kenny’s death I contacted his mom via letter.  I was moved as I read her reply.  She told me, “For at least two years I cried everyday.  I just couldn’t seem to get over it.”

However  she went on to describe meeting some wonderful followers of Jesus who lovingly ministered to her regularly.

“I finally realized that I would be able to see and be with Ken again,” she wrote. “It says in the Bible that in the last days that the dead who believed in Christ will rise in the air and we that are here on earth that love the Lord will be caught-up together to be with our loved-ones, to be with them forever, and there will be no more death, tears or crying. When I finally got this through my head I was able to live with this tragic event that happened to Ken.”

I still miss you, Kenny.  Because of your death, I came to know Jesus as Messiah.  As I’ve shared about your death, many hundreds have come to know Him as well.  I take pleasure in knowing we’ll meet up again.

And by the way, I can’t wait to throw the football around with you too.