Marx Would be Proud: The So-Called “Respect for Marriage Act” 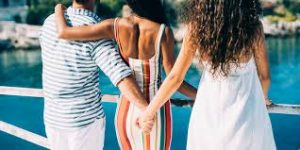 The U.S. Senate is currently deliberating over the counterfeit “Respect for Marriage Act,” which passed its first cloture vote a week and a half ago with bipartisan support. The bill would redefine what marriage is for purposes of federal law (man and wife, wife and wife, man-wife-wife, etc.), and it poses a severe threat to religious liberty nationwide. It would be a mega-win for the anti-God agenda that seeks to completely redefine the family. This redifition, by the way, is also in keeping with the original planks of Marxism.

Writing in First Things, Francis X. Maier reviews Helen Alvare’s new book, “Religious Freedom After the Sexual Revolution.” He calls it “a work of uncommon clarity and intelligence in a time of toxic political conflict.”

Maier quotes directly from the book and Mrs. Alvare:

“It seems increasingly undeniable that Christianity is being asked to step up at this time in history to preserve individual and community well-being in the realms of sex, marriage, and parenting. This work can also promise insights into various human and divine truths that romantic and familial relations are designed to illuminate. Even small Catholic institutions can’t duck and run. They are potentially one of the few lights to their communities on these matters. They maintain the personal relationships within which hard conversations can be had in fellowship and love … [and which] can ultimately illuminate the human and divine truths that these personal relationships point to.”

If your church is not addressing this issue and praying that the so-called “The Respect for Marriage Act” is tossed into the dump heap of demonic totalitarian efforts, talk to your pastor. If your church refuses to get involved in this fight shame on them. Perhaps it’s time to find another body of believers to fellowship with.