STD’s in the USA: The High Price of Turning From God 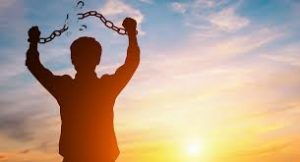 Pornography fuels a host of evils. It ruins a man’s ability to properly relate to women. It is a major cause of divorce and thus tears apart families. For millions, it is a literal addiction and has, for so many, led to abhorrent sexual behavior that has resulted in dangerous, and even deadly, sexually transmitted disease (STD).

This year, STD’s in America are worse than ever.

In a bold article at CNSNews, David Harvey, executive director of the National Coalition of STD Directors, calls the spike in STD’s, “out of control.” Syphilis cases are now at their highest rate since 1991 and the total cases hit its highest since 1948. HIV is up 16 percent from last year.

Asians, Blacks, Hispanics, Native Americans, and homosexuals have the highest rates. Drug use and alcohol use are contributing to risky behavior.

Even more bizarre, it was found that condom use is declining.

Satan has succeeded in twisting and perverting sex. He has taken what is good and right (love between a husband and wife) and replaced it with lust, pornography, adultery, rape, and homosexuality. Pornography can be the first step on a very slippery slope of ever-increasing wickedness and immorality (Romans 6:19). The addictive nature of pornography is well documented. Just as a drug user must consume greater quantities of drugs or more powerful drugs to achieve the same “high,” pornography drags a person deeper and deeper into hard-core sexual addictions and ungodly desires.

My friends at Got Questions remind us of God’s remedy for such destructive impulses:

The three main categories of sin are the lust of the flesh, the lust of the eyes, and the pride of life (1 John 2:16). Pornography definitely causes us to lust after flesh, and it is undeniably a lust of the eyes. Pornography definitely does not qualify as one of the things we are to think about, according to Philippians 4:8. Pornography is addictive (1 Corinthians 6:12; 2 Peter 2:19) and destructive (Proverbs 6:25-28; Ezekiel 20:30; Ephesians 4:19). Lusting after other people in our minds, which is the essence of pornography, is offensive to God (Matthew 5:28). When habitual devotion to pornography characterizes a person’s life and he/she continues in sin without seeking help, making no attempt to stop or feeling no desire to change his/her behavior, it demonstrates the person may not be saved (1 Corinthians 6:9-12).

For those involved in pornography, God can and will give the victory–you just have to want it.

Are you involved with pornography and desire freedom from it? Here are some steps to victory: 1) Confess your sin to God (1 John 1:9). 2) Ask God to cleanse, renew, and transform your mind (Romans 12:2). 3) Ask God to fill your mind with things that are true, honorable, just, pure, lovely, and commendable (Philippians 4:8). 4) Learn to possess your body in holiness (1 Thessalonians 4:3-4). 5) Understand the proper meaning of sex and rely on your spouse alone to meet that need (1 Corinthians 7:1-5). 6) Realize that if you walk in the Spirit, you will not fulfill the lusts of the flesh (Galatians 5:16). 7) Take practical steps to reduce your exposure to graphic images. Install pornography blockers on your computer, limit television and video usage, and find another Christian who will pray for you and help keep you accountable.

If you do not know Jesus as your Lord and Savior, it’s a very simple process to get the ball and chain of pornography from your body.

Admit you are a sinner, believe He died once and for all for your sins; understand by faith that he rose from the dead and conquered the grave for you; believe in your heart He is returning as your King and someday you will live forever with Him in Eternity. Then, surrender your life to him,

Once you take the above step of faith He will fill you with His very own Spirit. This “Holy Spirit” will provide you with the incredible power necessary to beat back the lust of the flesh.