The Bible: Fact or Fiction?

The Bible—particularly the New Testament—is perhaps more than ever routinely under attack and its reliability and accuracy constantly contested by critics. 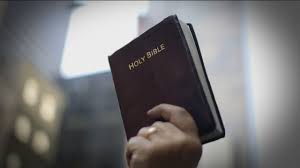 Nearly all biblical scholars, both liberal and conservative, agree that the New Testament documents were all written before the close of the First Century.  Assuming Jesus was crucified in A.D. 30., then that means the entire New Testament was completed within 70 years. This is important because there were plenty of people around during that short period who could have contested the popular writings at the time they were penned.

In other words, those who wrote the documents were aware that if they were creating fictitious accounts, their critics would have been plentiful.  However, there are absolutely no ancient documents contemporary with the First Century that contest the New Testament texts.

It’s worth a repeat: there are absolutely no ancient documents contemporary with the First Century that contest the New Testament texts.

Additionally, there is more evidence for the Bible’s authenticity than for any literature of antiquity.

There are some 25,000 early manuscripts of the New Testament in existence.  The earliest textual evidence we have was copied not long after the original.

In contrast, Caesar’s Gallic Wars was written in the first century B.C. There are only 10 manuscripts in existence and the earliest textual evidence we have was copied 1,000 years after the original.

Aristotle’s Poetics was written in the fourth century B.C. There are only 5 manuscripts in existence. The earliest textual evidence we have was copied 1,400 years after the original.

The Old Testament (Jewish Bible) has been more accurately transmitted to us than any other ancient writing of comparable age. The textual evidence is greater for both the Old and New Testaments than any other historically reliable ancient document. The ancient scribes were very meticulous.  For example:

In 2010 scientists discovered fragments from the Old Testament from the 10th century B.C., during the period of King David’s reign, four-centuries earlier than previously discovered.

There is abundant biblical and extra-biblical evidence that Moses wrote the Torah during the wilderness wanderings after the Jews left their slavery in Egypt and before they entered the Promised Land (about 1445–1405 BC).  Contrary to liberal theologians and other skeptics, it was not written after the Jews returned from exile in Babylon (approximately 500 B.C.).

Those who believe Moses wrote the Torah at God’s behest do not need to feel intellectually intimidated.  It is the enemies of the truth that are failing to think carefully and face the facts honestly.

As a prophet of God, Moses wrote under divine inspiration, guaranteeing the complete accuracy and absolute authority of his writings.  Those writings were endorsed by Jesus and the New Testament apostles, who based their teaching and the truth of the gospel on the truths revealed in the books of Moses, including the truths about a literal six-day creation about 6000 years ago, the curse on the whole creation when Adam sinned, and the judgment of the global, catastrophic lood at the time of Noah.

The attack on the Mosaic authorship of the Torah and Old Testament is nothing less than an attack on the veracity, reliability, and authority of the Word of God.  Believers in the One true God should be reminded of the words of  Jesus who said, “I am the way and the truth and the life. No one comes to the Father except through me,” (John 14:6).

The above commentary is from my personal Biblical teaching file.