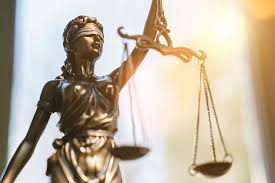 The following is from a book I am presently writing…

Social Justice. It is the current phrase that seems to define liberal activists the world over. But beware: social justice is not to be confused with the justice that America was founded upon, which is the type of justice found in the Bible.

According to the ATS Bible Dictionary, this divine and authentic justice is, “that essential and infinite attribute which makes his nature and his ways the perfect embodiment of equity, and constitutes him the model and the guardian of equity throughout the universe.”

Authentic justice is an absolute, defining something as completely right or wrong; there is no wiggle room. It is to be practiced with kindness and humility.

Justice is a major theme in Scripture. Behavior that is just aligns with what is morally right and fair.  For followers of Jesus, justice has to do with conduct in relation to others.  Jesus speaks of this in Luke 6:31 when He shares what is often referred to as The Golden Rule, “Do unto others as you would have them to do unto you.”

Since the fall of mankind society at large has progressively veered from moral absolutes. It became so bad back in the days of Noah that God did a total re-boot via the Flood. But, despite that judgement, in no time humanity started once again rolling down sin’s dark road. The result is a world filled with injustice manifesting with partiality, discrimination, unfairness and outright lawlessness.  In many cases, systems of justice have been corrupted; this is especially troubling in America where the pillars of justice were founded upon Biblical principles.

The U.S. Supreme Court today is often quite decidedly liberal but in an 1892 statement the court declared, “Our laws and our institutions must necessarily be based upon and embody the teachings of the Redeemer of mankind. It is impossible that it should be otherwise; and in this sense and to this extent our civilization and our institutions are emphatically Christian,” (Church of the Holy Trinity v. United States, 1882).

When the Biblical underpinnings of morality, right behavior, religious freedom and political independence are loosened, redefined, and removed from a nation’s justice system, due process can become weaponized and fundamental freedoms smothered. This is what we are witnessing today.

Advocates of social justice seek to use the laws of the land to oppress certain members of society.  Judging others based on net worth, status, race, color, creed or family history is acceptable.  Reverse discrimination is acceptable. Intolerance towards Christians is unobjectionable.

Activists use the public education system to further their long term agenda. Politicians and facets of government are used to deliver prescriptions for intervention, aid, and even punishment. Big Tech media conglomerates have become willing gatekeepers who maintain the societal message.

God’s system of justice is counter to liberal ways. He does not just want bad people to receive punishment and good people to be rewarded. Instead, God desires everyone on this planet realize how much He loves us all and discover the unique purpose for which He created each one of us.  Though the laws of the land may require unjust behavior to be punished, God’s justice finds it is unacceptable for anyone to be written off, no matter what they have done, because He desires each of us become the man or woman He fashioned us to be. Remember, He is the God of another chance as we are reminded by Peter, The Lord is not slow about His promise, as some count slowness, but is patient toward you, not willing for any to perish, but for all to come to repentance.

Some wrongly assume that God wants or needs to give people the hell that they deserve, but Jesus didn’t die to appease an angry God; the cross was God’s self-sacrifice through Jesus to appease an angry crowd of humans who needed salvation.
God’s justice is better represented by the impartial, blind-folded, Lady Justice, who carries her scale of fairness in one hand, and her sword of authority in the other.