37 Executions in Saudi Arabia, home of “the religion of peace” 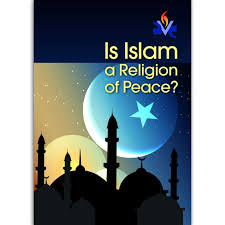 If you believe in freedom of speech, then I hope you will listen to the argument I am presenting.

The news from Saudi Arabia today is that Crown Prince Mohammed bin Salman ordered the execution of 37 citizens.  Like all executions in “the kingdom” they were publicly conducted beheadings, though one of the victims was crudely crucified.  Several of the dead bodies were raised high by cranes for the people to better behold.

Executions in Islam’s holiest state have increased notably in recent years.  So-called “crimes” worthy of such an end include homosexuality, sorcery, and reading the Bible.

This is the real “religion of peace.”

To say I’m an Islamophobe is not listening to my argument.

Saudi Arabia is synonymous with Islam.  In fact the kingdom is called “home of Islam.”  Two of the religion’s holiest cities, Mecca and Medina are there; the latter where the Islam’s founder, Mohammad, lived and died.  Every years millions of faithful Muslims attend the Hajj pilgrimage in Mecca, an event that is a must for every Muslim in the world to attend at least once.

The government of Saudi Arabia is run not by a constitution, but by the Koran.  Women are second-class citizens in Saudi Arabia.  Non-Muslims are as well. Violate a jot or tittle and you’ll be brutally beaten.  Commit a bigger sin and off with your head.

I personally think it’s disgusting to know that our government is friendly with Saudi Arabia and many U.S. corporations do business there.

I also think it’s stupid to call this cult the religion of peace.