Another city declares natural gas off-limits, yet relies on its use 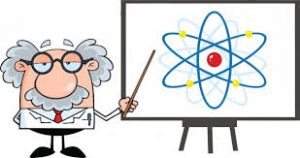 Dumb and Dumber.  That best describes San Jose’s City Council and their mayor, Sam Liccardo.  These scientifically illiterate fools have decided that–in an effort to reduce greenhouse gas emissions–they must institute a decree that will mandate that all new residential housing projects ban the use of natural gas appliances and employ electric devices instead.

(Reuters) – San Jose, the 10th most populous U.S. city and political center of Silicon Valley, on Tuesday moved to ban natural gas in most new residential buildings beginning next year.

With a unanimous vote by the 10-member city council and Mayor Sam Liccardo, San Jose became the largest U.S. city so far to seek to reduce greenhouse gas emissions by favoring appliances that run on renewable electricity sources over those powered by natural gas.

But the vote also required the council to return next month with an ordinance that would go further by banning natural gas in most new homes. Mayor Liccardo had pushed for the stricter rules in recent days.

The move by San Jose and others comes amid rising local and state opposition to the use of natural gas in buildings because of the fossil fuel’s contribution to climate-warming emissions.

By the way, the solar and wind industries respond as clever marketers often do when faced with environmental problems: they insist there really isn’t a problem.

Such claims are misleading. House cats kill small, common birds like robins and sparrows, not large, endangered and threatened birds like eagles. And, experts agree, it’s not profitable to recycle solar panels because purchasing fresh materials is cheaper.