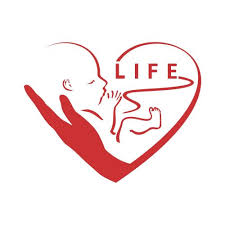 Earlier this week, pro-life leaders testified in the California Senate against a bill that would require all public universities in California to provide abortion pills to its students, for free.

The proposed law would mandate that California public universities provide students with RU-486, a drug used in first trimester abortions.  The drug works by blocking a hormone called progesterone that ensures the mother’s uterus thickens and allows a newly-created human to develop. Without that hormone, the uterine lining is shed and the human being subsequently dies.

This is why some call this gruesome drug, “The Toilet Seat Abortion Pill.”

The California Senate Education Committee held a hearing where advocates and critics of the bill were able to testify in favor of or against it.  At that hearing, Students for Life of America, a major campus pro-life organization, called upon California legislators to vote against the proposed law.

Kristan Hawkins, the President of Students for Life of America, flew to Sacramento to testify against the bill.  In her testimony, Hawkins cited a recent FDA report stating that in the past 20 years, 24 women have died from the abortion procedure this bill would force public universities to provide.

“Are California’s schools prepared to handle the repercussions of students experiencing possibly life-ending bleeding and infections, caused by the abortion pills the school is providing?” Hawkins asked during the hearing.

Hawkins also noted that SB-24 could pose an issue for the conscience rights of students and university employees.

“Given that the both UC and CSU health programs are funded through student fees, it is not just possible but likely students will ultimately be paying for their classmates’ abortions. Further, no provision has been made in the proposal to protect the conscience rights of students or health center personnel, who don’t want to fund or support toilet seat abortions, ending human life on college and university campuses,” she said.

Both chambers of the California state legislature passed a bill nearly identical to SB-24 last year, but Gov. Jerry Brown surprisingly vetoed it. Brown stated the bill was “not necessary” because most universities are located near abortion clinics.  California Democrats are hedging their bets that newly elected Gov. Newsom will sign the revived bill into law.

The Democrats have strong majorities in both chambers of the state legislature, likely guaranteeing that the bill will end up on Newsom’s desk.