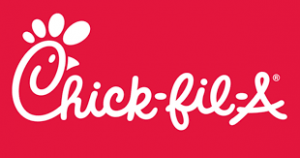 COLUMBUS, Ga. — An employee at a Georgia Chick-fil-A is giving the glory back to God after he recently gave a homeless man his shoes.

Levi Jones, 18, who works at the Columbus location, told local television station WBRL that he saw the man, named Walter, sitting under a tree in front of the restaurant and felt led by God to talk him.

“I asked him how he was doing, [and] if I can get him any food,” Jones outlined. “And I noticed he didn’t have on any shoes on his feet.”

After bringing the man some food, Jones felt led of God to give Walter his shoes. However, he wondered whether or not the shoes would even fit. Jones said that he believed God sent Walter there for a reason, so he took his own shoes off his feet and gave them to the man. It turned out that they wore the same size.

Jones then walked back into the restaurant without any shoes. His manager gave him a spare pair for the day, but they were four sizes too big. He didn’t complain.

“I love Jesus and as His son, I’m called to live and walk just like Jesus did on the earth,” Jones stated. “Jesus hung around homeless people. He took care of people, loved on people, [and] blessed people wherever He went. And so I just wanna walk as … Jesus Christ walked and live that out every single day of my life.”