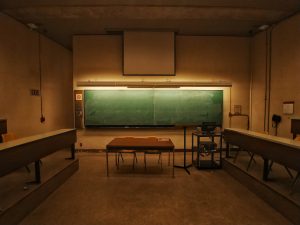 Prepare for an onslaught of teachers taking an early retirement.

And get ready for a generation void of discipline and the ability to interact properly in society.

The California State Senate has voted to ban schools and principals from suspending students for “willful defiance” of teachers, staff, and administrators.

The Senate approved SB 419 this week by a vote of 30-8.  It moves to the Assembly next and there aren’t enough conservatives in that legislative body to stop it.

A similar bill was vetoed by Governor Jerry Brown last legislative session, but it’s likely the new guy in the Governor’s Mansion, Gavin Newsome, will sign it.

Under the new version (Senate Bill 419), students in grades 4-12 wouldn’t be suspended for disrupting school activities or willfully defying school authorities, including teachers and staff.  The law would apply to both public and charter schools.

Students could still be suspended or expelled for other acts, including threatening violence, bringing a weapon or drugs to school, or damaging school property. Teachers could also still be allowed to “suspend pupils from class for the day and the following day who disrupt school activities or otherwise willfully defied valid authority of supervisors, teachers, administrators, school officials, or other school personnel engaged in the performance of their duties.”

Also, as part of the proposed law, superintendents or principals would be asked to provide alternatives to suspension or expulsion that are “age appropriate and designed to address and correct the pupil’s specific misbehavior.”

This would likely entail placing the disobedient students in a holding room where they could sit before a computer screen and watch YouTube videos or play video games.

The bill’s author, Senator Nancy Skinner (D-9th District), previously talked about the need for the bill, saying: “Under this highly subjective category, students are sent to an empty home, with no supervision, and denied valuable instructional time for anything from failing to turn in homework, not paying attention, or refusing to follow directions, taking off a coat or hat, or swearing in class.”

Pilot programs have been conducted in Orange County and Butte County and would provide the framework for the new statewide system. Several school districts, in San Francisco Unified, Los Angeles Unified, and Oakland Unified have already banned school from issuing willful defiance suspensions and expulsions