This is a first.  Pray it holds up in court.

An Alabama man is suing the Women’s Center for Reproductive Alternatives, LLC.,  for providing an abortion to a woman who he says was pregnant with his baby.

What a sneaky, deceptive name for an abortuary, by the way.

Brent Helms, the attorney for both Ryan Magers, who claims to be the father, and ‘Baby Roe,’ the unborn fetus, said Magers did not want the woman to have an abortion.  Helms said Magers was seeking legal counsel at the time of the abortion.

Helms also petitioned to represent the estate of Baby Roe.  Helms says with estate, the fetus has the right to sue under probate law in Alabama.  Probate Judge Frank Barger signed off on the letter of petition allowing the reported father to represent Baby Roe’s estate.

Helms said Barger’s decision marks the first time in  the U.S. that an aborted fetus is recognized to have legal rights. 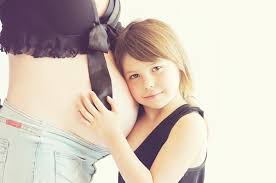 Here’s a potential problem: lawyers for the abortion clinic argue Judge did not know  what he was granting. In the letter of petition filed on January 25, 2019, Baby Roe is not specifically referred to as a ‘fetus.’  The petition also says Baby Roe died Feb. 12, 2017, but it doesn’t refer to cause of death or location.

The lawsuit claims the fetus was aborted on February 12, 2017 at the Huntsville abortion clinic.  Court documents said at the time of the abortion, the fetus was six weeks old.  The mother took a pill that ended the pregnancy.

According to court documents, Magers’ girlfriend found out she was pregnant in 2017. Magers wanted to keep the baby, but the mother wanted an abortion.  Magers said he pleaded with the woman not to terminate the pregnancy.

Magers is seeking a jury trial.

Last October, as WND reported, the Alabama Supreme Court ruled that an unborn baby is a “person” under the law.

If this holds up, it will be a small, but huge, victory for life.