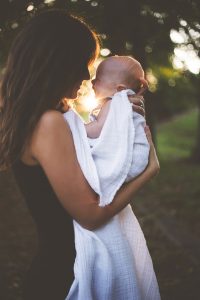 The Motion Picture Association of America (MPAA) doesn’t mind slapping a PG-13 label on movies with sex, language, and violence. But when it comes to a film that smacks the abortion industry on the chin, they’ll give it an R-rating with no qualms whatsoever!

Anything to protect the so-called sacred “right’ of abortion.

The makers of Unplanned, the true story about former Planned Parenthood worker Abby Johnson, have been hit with an R-rating from the MPAA.  A few weeks before their film is set to debut, producers got the shocking news that Hollywood decided the film needed to be restricted to people 18 and older. Hollywood insists it was for “some disturbing, bloody images.”

However, co-director Chuck Konzelman thinks the reason is pure politics.

“We made a pro-life movie in a pro-choice town,” he told Breitbart.

Just as the film industry did with Gosnell, Hollywood seems intent on doing everything it can to limit the impact of their message. It’s so hypocritical, fumed Unplanned author Cary Solomon. “The standard used to rate our movie is being applied inconsistently as it relates to bloody images on-screen,” he said. “In fact, Happy Death Day 2U (a “slasher” film with several violent murder scenes) has far more blood and gore than our film, and it received a PG-13 rating.”

Here’s a trailer of this excellent film: